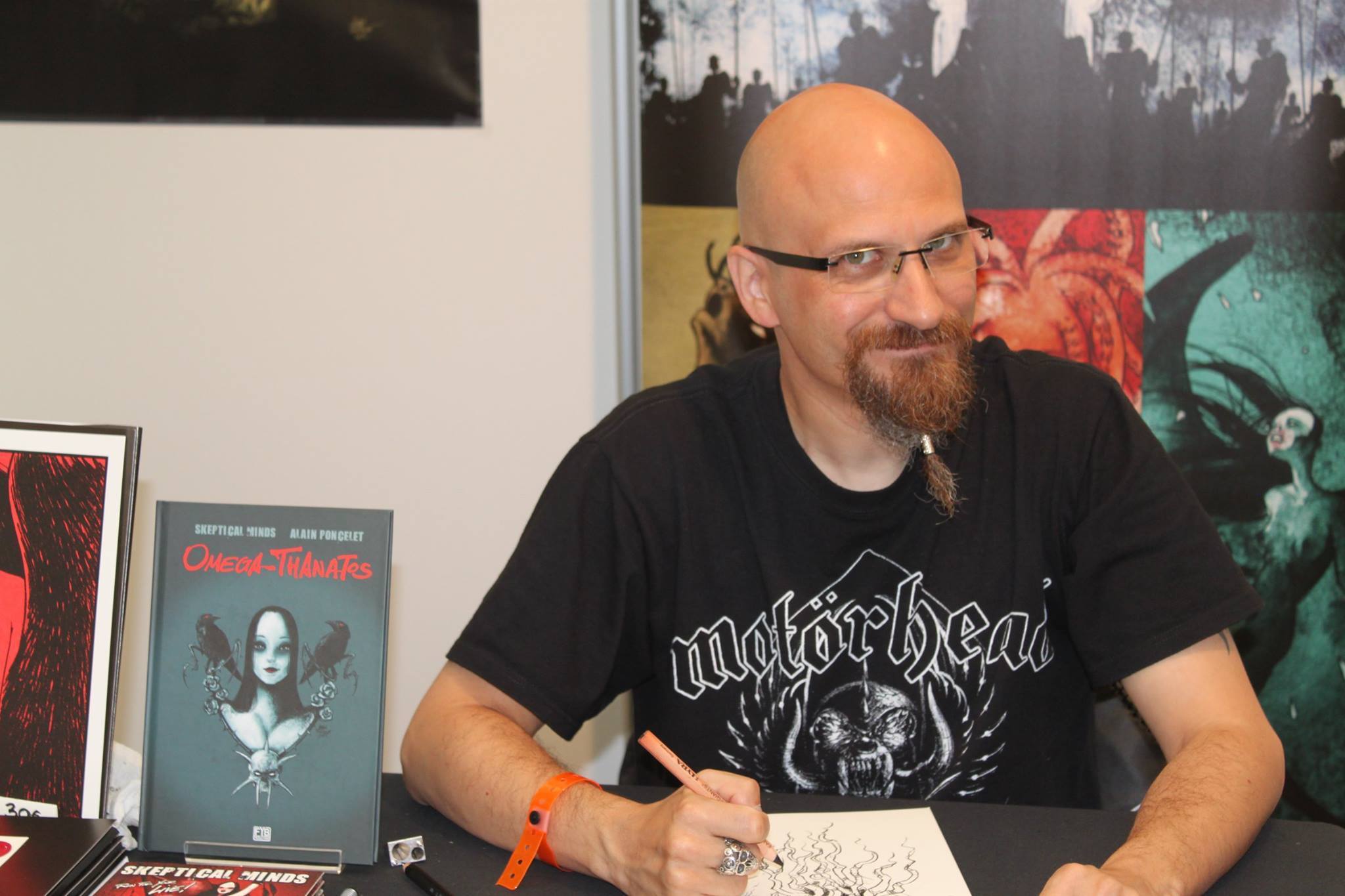 Soon it will be time for Trolls et Légendes, I had a nice chat with the guy who did some drawings and creatives for the festival and he’s also the guy behind the nice Skeptical Minds strip album. We’ll see his work for the first time in an active way on stage … So let’s wock’n Troll with Alain Poncelet!

Alain, Can you tell our readers how it all started for you? Who influenced you?

I'm reading comics and I'm drawing since I'm a kid. But it really started when I saw the cover art of heavy metal albums in the stores. Especially from Motörhead and Iron Maiden. I was eleven years old. Joe Petagno's art is still a big influence to me. He created the best logo in the world: Motörhead's Snaggletooth and created cover arts that became classics like Overkill, Another Perfect Day or Orgasmatron. I was of course also influenced by comic artists like Mike Mignola, Moebius, Tanino Liberatore, Philippe Druillet, Simon Bisley, and so many more …

I noticed that you are a lot on tour, signing sessions, working out special drawings at festivals … What are the biggest one you did?

Yes, I do a lot of festivals, I really like the contact with the readers. It's definitely one of the best way to promo my art (besides internet of course). I did almost every festival in Belgium : Brussels, Knokke Heist, Aalst, Dour, Seneffe, ... and also comic cons like FACTS in Gent. The biggest I do is Angoulême in France and Lucca Comics in Italy.

Is drawing your profession?

Yes, drawing is the only thing I'm relatively good at, so... (laughs)

How funny and how scary can interaction be with fans of what you do?

I'm not a rock star, so unfortunately women are not ripping my clothes off at my signing sessions (laughs). But it's always very interesting to have feedback from the readers. People are very kind, so singing sessions are not scary at all, but rather exciting. Always good moments shared with the public. Some of my readers have become friends.

Since the last few years you become an extra member of the cool industrial/metal band called Skeptical Minds, how did it start (with a video)?

Yes, cool isn't it ? It started a couple of years ago in a bar, I was talking to Michel (the guitarist of the band). We are friends for over 20 years but never worked together. I offered him to do a T-shirt design, he said "why not ?" and our collaboration started. After the T-shirt I designed the backdrop, CD and album covers, then we did the first comic book, based on Skeptical Minds' song Broken Dolls.

On their last album you even worked closer: you drawed a story and they made the right music for it. Anno 2017 the same thing will happen, right? Can you already tell something about it?

Yes, Broken Dolls was fun to do, so we thought about something bigger: a comic book and a studio album, Omega Thanatos was born ! We are already thinking about the sequel. Omega Thanatos 2 should be ready for end of 2017.

In 2017 Skeptical Minds will also perform at Trolls et Légendes fest in Mons, what will be your part in it?

Performing at Trolls & Légendes is amazing !!! We're really excited to be there. I will be there to sign the books at the merch, but will also be present on stage though my art which will be shown on giant screens while the band will be playing. 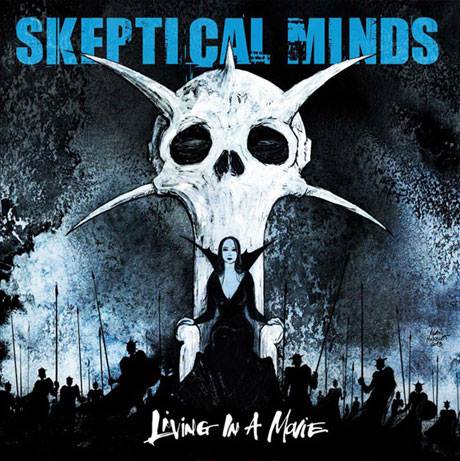 You also did some promotional drawings for this festival, can you describe your work for our readers?

Yes, the organizers asked my to do some drawings to promote the festival on social medias (Facebook, Twitter,...). I did also the design for their website.

How close are you with this festival and since when did you start working together?

I'm going to this festival since a couple of years, it's a unique festival for fantasy lovers. So I felt very honored this year when the organization asked me to work for them.

Can you tell the few readers who haven’t been yet to this festival what to expect?

Trolls & Légendes is the only festival that brings together all aspects of fantasy : literature, games, music, comics, visual arts, movies...

What are your future plans?

I'm working on Rusalka, a comic book that will also be a music CD. The story is based on polish legends and the songs will be performed in polish by ... Karolina Pacan ! On stage Karolina will be accompanied by Michel Stiakakis and my son Félix. They will also perform at Trolls & Légendes! 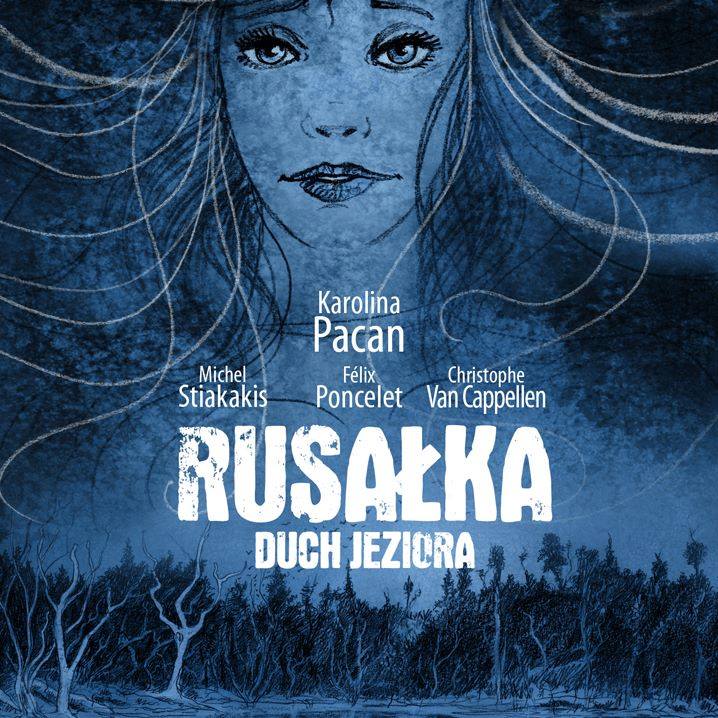 If there is one thing you could achieve just by wishing it, what will it be and why?

Oooooh, they are so many things I would like more love and respect between people would be a good start ! Having 72 hours a day to do all the things I have in mind would be really appreciated too.

Is there something you want to talk about before ending this interview?

I just wanna say hello to Lemmy ! In case he's reading these lines: "Thanks for those 40 amazing years of Motörhead. We miss you man!"