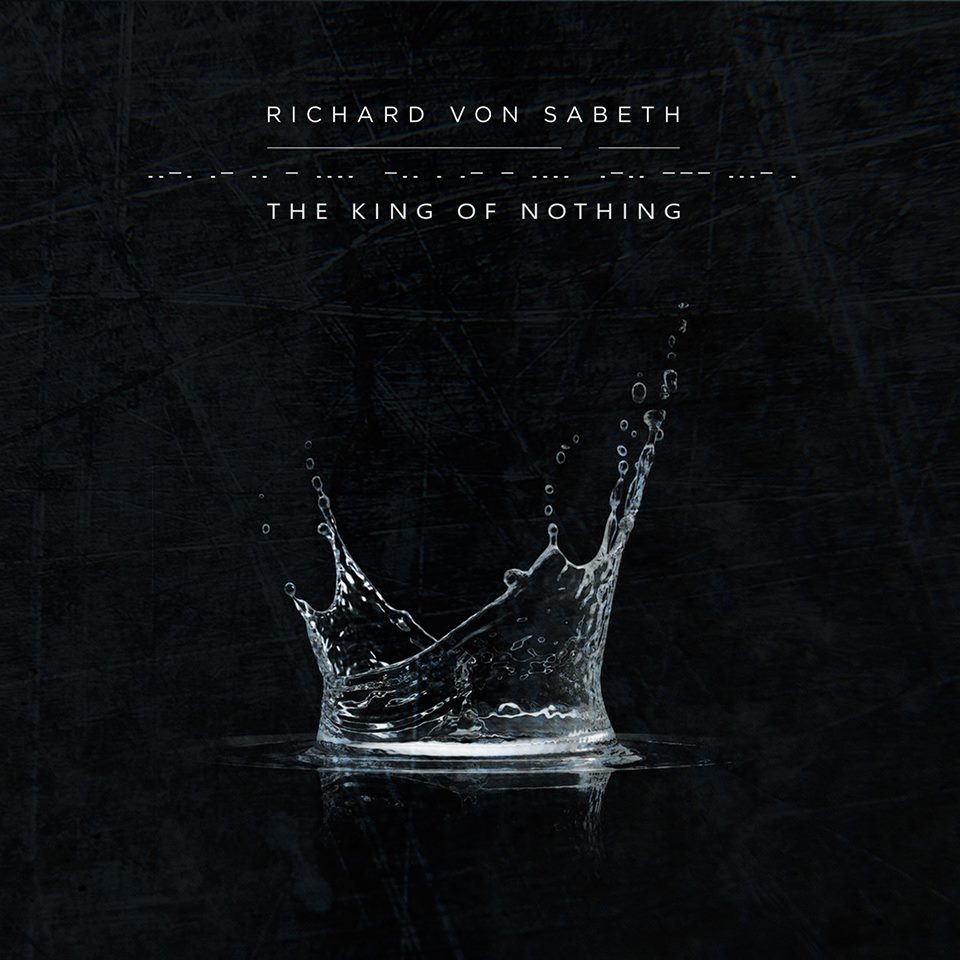 King Of Nothing is the solo debut album from Riccardo Sabetti (Spiral69) under the pseudonym of Richard Von Sabeth. Nine tracks of pure haunted gothic rock. A diary of wounds and deep scars, a collection of intimate ballads of Sex, Love and Death. Inspired by the horror ﬁlms of the early '90s (and possibly also inspired by the Helsinki Vampires aka 69Eyes) and the deep atmospheres of the eastern Europe, these nine decadent songs express the most fragile, dark and twisted side of Richard Von Sabeth. His exploding creativity into strings arrangements, creepy pianos out of tune and new wave's guitars with strong melodies and choruses that remain glued to mind at the ﬁrst listening is extraordinary. These tracks are a bit softer than what we are used to get with Spiral69, but his voice and the music just catches you and make you embrace his darkness! 9 jewels, crafted by the only artist who could do the job so that you absolutely adore them!

The King Of Nothing starts a bit like an old Dead Can Dance track, until you hear his voice: sharp as a knife! It’s not the most happy song and hasn’t the most shining view: he is literally the king of nothing. Feel the despair, the darkness, the rage, the loneliness and the sadness! The strings and the piano melt together with the industrial noises and renders the darkness. Funeral Party goes into the direction of an opera or a musical with a lot of theatrical effects. Somehow it reminds me of Bertolt Brecht’s Baal. It also feels like the perfect funeral track for Marilyn Manson, so that the guy can finally give up and doesn’t have to fight to deliver that one extra hit to survive in this musical world filled with sharks that await him if he fails to deliver.

Dance With Ghosts is one of the 3 singles taken out from this great album. It's a cool rocker that swings and stays very catchy. It's a perfect example of a sing-a-long track: catchy as hell! Petrichor is the highlight of the album, at least according to me: feel the sadness, shed a tear, crawl into the ground, let the pain go … Love is pain and letting go. It’s a melancholic jewel that will make you cry. I just love it and can’t get enough of it. It’s sticky, will stay glued into your brain and yet you will get on your knees and beg for more of this! A neofolk branded masterpiece that could have been written by Ordo Rosarius Equilibrio!

Kiss Your Darkness goes more into the electronics sweetness and is almost romantic.The classical instruments give it that little extra to make it great and pushes its level to the sky.

Agony is also a single, it’s a cool gothic-rocker with a catchy chorus. I clearly feel that this one will do good during live shows too. Towards the end the track even gets what we call a grande finale, leaving us completely astonished. The Taste starts slowly, but the more you listen to it the more you adore it. It’s clearly a slow grower, but once you are into it you don’t loose it anymore. Somehow it feels a bit like a summerbreeze during a long and hot summer: it feels heavenly as long a sit’s on, but once it’s gone it leaves you in hell. I have to mention the great works of the drummer, the electronics, the piano and the vocals! It has something poppy, melancholic and sticky!

Death Motel goes a bit faster, getting close to a musical explosion, reaching a high. The lyrics are dark and destructive, still it’s a nice gothic-rock track with a catchy feel. The last track is a slow one and also the last single: a bit sweeter and o so catchy. Fall seems to tell the story of a fallen star, the tick tock of pain, the despair … The strings give it the pathos needed to lift it and make it as great as it has become. It also has a certain romantic feel, despite the sadness. It makes me think a bit about The Cure and The Rise and Fall of Ziggy Stardust aka Rock’n Roll Suicide. Next to that it also has something as good as the best one in its genre: Silke Bisschof aka the master of the duality (mixing sweetness with darkness: and yes I’m a big fan and am still sad about his death). You will have to shed a tear. In the end it ment for me pushing the repeat all button and start it all over again and again!