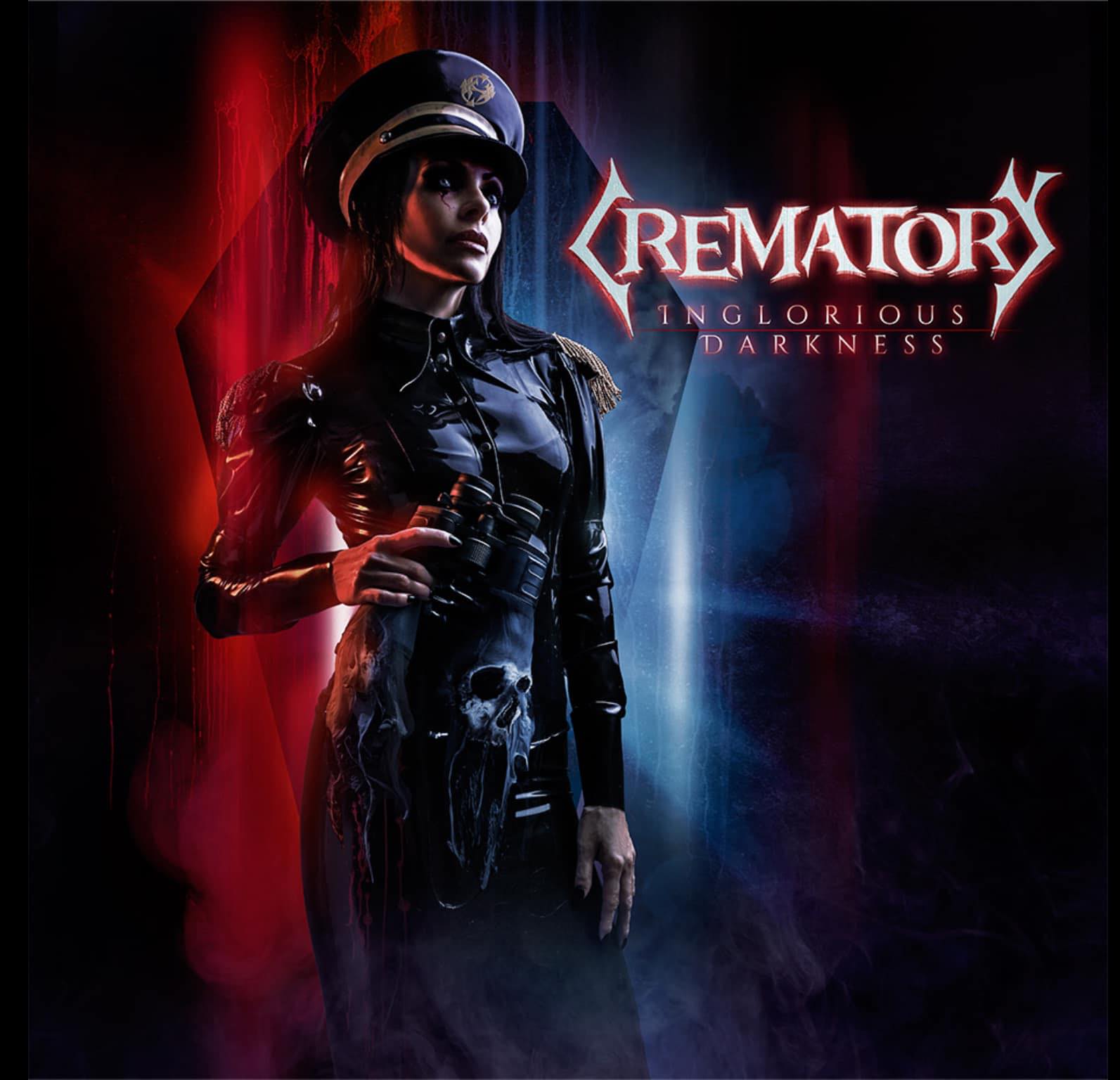 Shortly after dropping their new album, Inglorious Darkness, at the end of May and entering the German charts at #17, the Gothic Metal veterans are releasing another single from their successful album. Standout track “Trümmerwelten” lyrically illustrates a dystopian scene, while opulent keyboards build epic melodies to create orchestral, symphonic soundscapes underlined by heavy drumming. The song comes with a dark music video visualizing the song’s atmosphere. “Trümmerwelten” is the fourth video for the current chart album Inglorious Darkness. The band decided to post this video additionally after the release date, because the subject of the lyrics unfortunately fit much too well to the current situation with the Russian war. It’s their way to say “Fuck War - make music!”

CREMATORY on the chart entry:
“We are overjoyed and especially very grateful to our fans that even after more than 30 years of band history our fans are still so loyal and support us again and diligently bought records bought records, CD's and boxes. Fans are the most important thing a band needs and we have and we will never forget that, because you make our dream come true again and again. Many, many, many thanks!”

Inglorious Darkness is chock full of dark and resonating hymns, setting off with title track “Inglorious Darkness” – a true Gothic Metal anthem and a worthy opener that sets the mood for what’s to come. “Break Down the Walls” hits direct, accented by a gentle melody wrapped in Rock n’ Roll drums that will infiltrate the listener’s brain, and is further solidified by the clean vocals of Felix in the verses mixed with mighty growls in the chorus. Monumental career highlight track “Tränen der Zeit” shines as bright as its original version – one of the highpoints of the band’s famous live shows – but in a modern new light. The band breathes new life into one of their all-time classics, engulfing the listener in melancholy and nostalgia alike reuniting with an old friend. On tracks like “Sound of my Life” and “Not for the Innocent”, the band’s tried-and-true use of keys and electronic elements are a noted standout, while tracks such as “Das Ende” blaze with headbang-inducing, stomping drums and hammering energy as German lyrics further intensify the Gothic Industrial Metal aura.

WithInglorious Darkness, CREMATORY prove that their passion burns brighter than ever, and that even after more than 30 years, they are solidified as a Gothic Metal genre giant.

CREMATORY on Inglorious Darkness:
“New band line-up and back to the roots with only one guitar and no other singer besides Felix, who sang everything on this album alone, even the cleaner vocals. Hardness, melody and gloom are excellently combined on Inglorious Darkness.
Real Gothic Metal is the catchword, which can be enjoyed here. Numerous hits sung in German and English, partly electronic, partly orchestral and partly full on the face in Gothic Rock'n Roll style!”