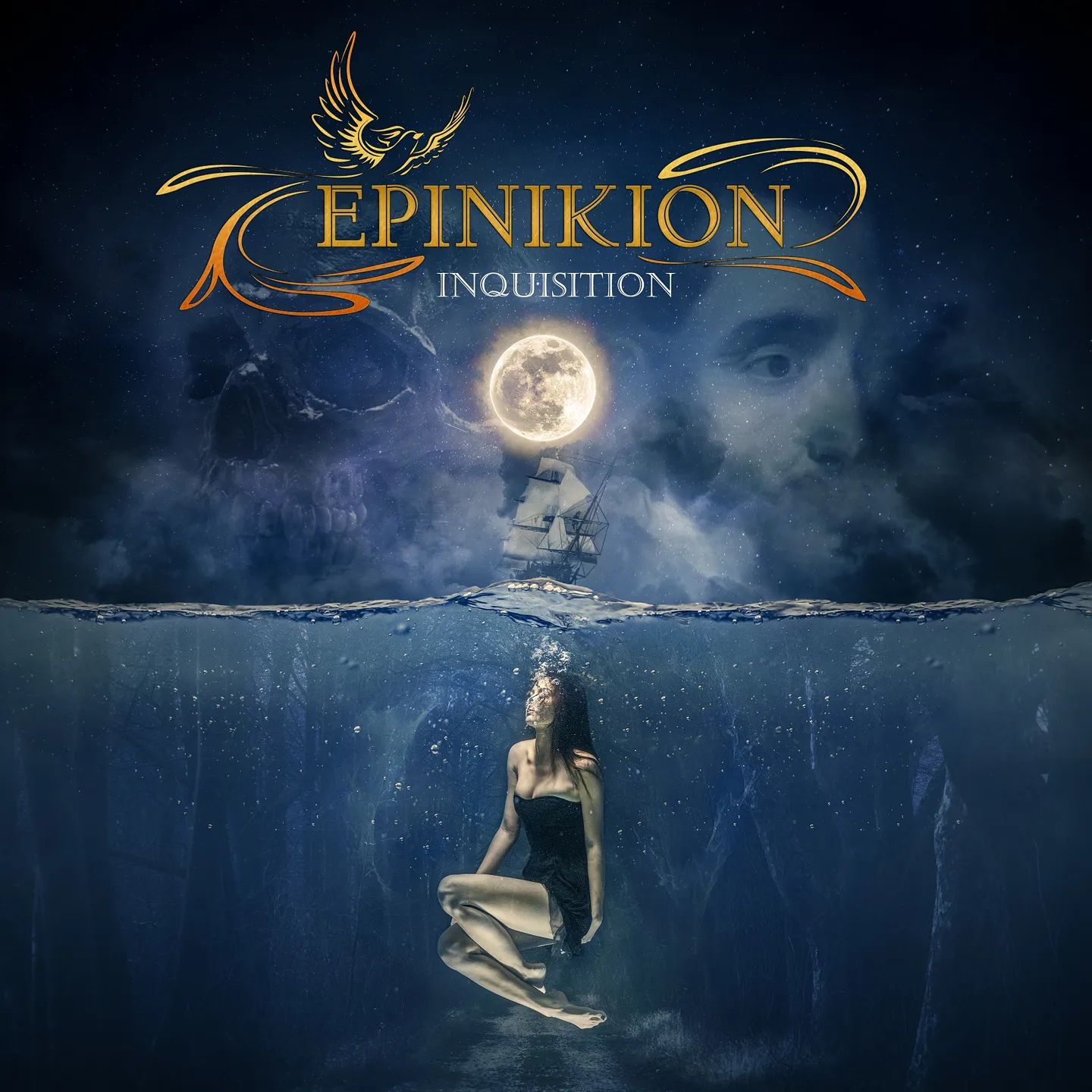 Epinikion is a female fronted metal band from the Benelux. The founders of the band are from the Netherlands. The co-musicians come from different countries. The band Epinikion is now based in Essen in Northern Belgium, close to the border with the Netherlands. And the word “Epinikion” comes from the Greek and approximately means “hymn for the victor”. In ancient Greece, the heroic stories of athletes after their victories in major events were sung about in an epinikion. The band was founded in 2021, and the album debut “Inquisition” was completed one year later.

A bandmember contacted me and pinged me the Spotify link. The rest is history!

The Council of Troubles is the magical intro that sounds like an intro of a computer game where soon you will have to start a riot in the desert. Inquisition is the first real track and also the title track: a church bell is ringing whilst a choir is warming up. The symphonic sound slowly builds up. A female voice narrates the beginning of the story the inquisition was one of the bloodiest moments in history of Europe and causes a lot of people to be executed) until the guitars send it away. When the lead vocals jump in the voice trembles a bit. Eleonora Damiano later on manages to get her vocals high and low as like a 7-year-old kid can count to 3. The music is pretty impressive, however you can hear it’s all taken out of a computer program (at least the symphonic part), so imagine they get one day the budget to create it like world stars do? Love So Sublime has a slower tempo and she sings a bit lower, more into the male range. I hear a slice of a medieval touch. Welcome To The Wonderful World Of Jealousy rocks a bit more, has a higher tempo and a great sound!

Stand Up And Fight gets guest vocals from Loek Verlaan and thus sounds a bit sweeter (but the lyrics also help a bit). It was a good choice for this song! I’m just wandering how they do it on stage? On The Brink Of Despair is filled with pathos and is sung with a slightly trembling voice. The backings are pretty good! On In The Middle Of The Night, the soprano of Tamara Bouwhuis (Whiteabbey, Dim Crimson, various cover bands) takes over the lead vocals. It was again a good choice to let her take over this one as she blends in with the music and hast the perfect – sweet – voice for it. Sail Away is a fragile symphonic metal ballad that sounds like unlocking spring and the first birds who start to sing outside whilst all the flowers are blooming. Towards the end the tempo goes up and the guitars and drums are shredding and hammering! The song goes to it’s summum. It’s the longest song on the album: 8:26! False Faced Demon gets lead vocals by Burning Witches shouter Laura Guldemond. No clue how they managed to get such a well-known person on this album but they picked out the hardest song on the album and filled it with pathos and energy! If I Could Turn Back Time is not a cover version, but it’s indeed a ballad and a good one indeed! This song features two guest singers Monique de Bruin and Debby Zimmermann. They both did a great job! Strangers In The Dark rocks and lifts up the tempo! Time to rock and blow off some steam! The Courage To Change delivers the last blow with a clear female fronted symphonic metal sound! I even hear some grunts! It’s a nice title and so are the lyrics of this one! It’s topping this album and closing it with a good feeling!

I enjoyed this album and feel they have potential! I’m just wandering how they will perform the songs with the guest vocals. Maybe I can see them in the near future on stage as part of a really good festival as they deserve a slot! Good work!