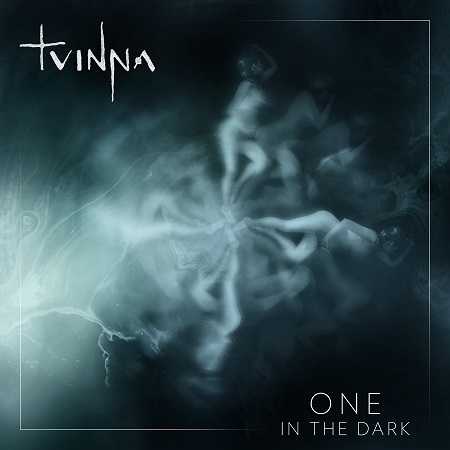 Tvinna gets some help from Einar (Wardruna) and already sounds like the best you can get within their genre: a nice interview with them unveils more!

TVINNA are Laura Fella (Faun), Fiona Rüggeberg (ex Faun) and Fieke van den Hurk (musician and producer for a.o. Eivør, Omnia, Cesair). Their first album "One In The Dark" will be releases on February 19th via By Norse. Look forward to an intense musical experience, that embodies female power. Enjoy our nice interview!

My classic starter when I interview a band for the first time and they have very interesting name: What does TVINNA mean and why this name?

Fieke: Tvinna is an Old Norwegian word which means something along the lines of “twist” or “interweave”, “intertwine”. Fiona found it while looking for a name… we wanted something that sounded old, slightly nordic but above all that has a deeper meaning. So “tvinna” is not just a name, but also describes the way we make music and the themes in our songs.

You are people with a lot of experience and a huge background: Laura Fella (Faun), Fiona Rüggeberg (ex Faun) and Fieke van den Hurk (musician and producer for a.o. Eivør, Omnia, Cesair). How did you meet and worked on it all as in 2020 COVID-19 was all over the world (and still is)?

Fieke: We met through our previous music endeavours, kind of following each other’s projects and bands and meeting on festivals. The writing process for Tvinna started early 2019. So we met each other for writing sessions a couple of times. I recorded the drums in March 2020, just in time for the lock-down. We already did a lot of work from our home-studios, so when we weren’t able to meet anymore, it was not such a big step to finish the album that way.

Can you also introduce this duo to us:

Fieke: Rafael was involved from the beginning. We already knew him from his guitar playing in Eluveitie, and loved his specific style of playing. He is brilliant combining melodic playing, heavy rock riffs and more experimental stuff with crazy effects.

Fieke: I met Jasper while we were doing our Masters of Music at the Utrecht School of Arts. So I knew his drumming and his approach to music. When we were looking for drummers that would fit Tvinna, he came to mind. Jasper comes from a more heavy part of the music scene, and we do make use of that. On top of that he’s super precise and focusses on the details too - which makes for very creative drum parts.

Fabienne Erni is mentioned as guest, did I hear her during Partus or am I missing more of her and what did she do as a guest (sing, play an instrument, …).

Fieke: You can hear Fabienne sing in The Gore. We have Eivør as a guest in Kreiz, both on vocals and throat-singing/beat-boxing. In Partus you can hear Jessey-Joy Spronk, an opera singer, during the bridge.

on Nov 22nd, 2019 you released the first clip: The Gore. What’s the concept of this track and how is the feedback so far?

Laura: „Gore“ is another word for „Blood“, and this song tells a story about how deeply we are connected. We can see our mothers, father, sisters and brothers within nature and the things we are surrounded with: earth, seasons, the ocean, storms, the trees, rain and many more. They are our kind, too. Everything we are capable to notice, but also everything we aren’t or can’t be aware of still is running through our veins. The Gore is an ode to all these ancient connections. Feedback so far has been lovely, people seem to really embrace what we’re doing and are very curious for whatever is to come.

Was that the starting point to sign with your label or how did it happen?

Fieke: We weren’t really looking for a label yet, because we were in the middle of the song writing process - and still finding out how we wanted to sound. But Einar (Wardruna) wrote to us personally, asking wether we were maybe interested to talk about a possible label deal with his label ByNorse… the rest is history!

On the 4th of December you released Kreiz (feat.Eivør), it looks and sounds really amazing. How did you get it done (the clip and getting Eivør into it)? It’s also like one year after the first release, due to COVID-19?

Fieke: Kreiz started out with Laura, Fiona and me together during the very first writing session. We had already worked on 2 other songs, and were really tired. We were just jamming and recording it immediately. Some time later Fiona listened through it all and found some good parts… she made a really cool kind of irregular and crunchy beat to it that turned into Kreiz. We actually have a video online on our YouTube channel where Fiona tells and shows everything about the making of Kreiz.

The video was shot in Fiona’s back-yard, by a really great team of camera-man: Erik Wildeman and his production assistant Femke van Hilten. The girls in the video are two very good friends of mine. The script and most of the visual appearance is created by Fiona, she even sew the dresses!

I (Fieke) had been doing some songwriting with Eivør, and ended up playing live with her a couple of times. Since I played some accordion on Eivør’s latest record “SEGL”, she was totally up for doing some guesting in return!

Is there a third clip coming up?

Laura: We will release another single before the album comes out. This will have a lyric video to go along, plus another video where I will explain how this song was created!

In what language(s) are you singing and why?

Fieke: We mostly sing in English - since we feel this is the language most people can understand and we feel comfortable enough with this language to be creative with it. But we did use some Old High German, that sounds really poetic and dark in just the right ways.

You seem to mix modern instruments with traditional/folk minded instruments, is that your core? It’s pretty innovative as so far I most of the time only hear like or one or the other. And ok, you have bands like Tanzwut, but what you do still sounds different, no?

Fieke: There’s actually not so many folk instruments in Tvinna. Fiona played a tiny bit of flute, and I use my accordion quite a lot. Though most of the time the accordion will sound like a synthesizer or like electric guitars, since I play it through a bunch of guitar pedals which add octaves, distortion, delay and/or reverb. We definitely don't shy away from using electronic sounds and instruments. So there is a lot of that on our album. Beats, Harmonizer, Kaoss Pad, analog synthesizer and crunchy samples. Sounds that are not recognizable stimulate the imagination. Some people actively stay away from modern sounds and studio technology. But we like to mix both worlds, including otherworldly indefinable sounds. And I don't think electronic music can't have a soul. As Björk said, “You can't blame the computer. If the music doesn't have a soul, it's because no one put it in there. "

We do think our sound is something unique, it’s hard to categorise into a certain genre. Despite not using much folk instruments, one can definitely still hear our folk background in the way we write.

What influenced / inspired you the most to create this album?

Fieke: We were really excited about joining our creative forces - sharing our years of experience and different backgrounds. Gathering the strength of us as women was definitely an inspiration. The world today is very much focussed on positivity. We strive to be as comfortable as possible as much of the time. To us that is like living a half-life. There is a lot of value diving into the darker parts of you, of your subconscious, your soul… there are a lot of hidden treasures in the dark. This is where you hide your fears, sorrows, your emotions. If you don’t face them, they will come and haunt you, and keep you from living a full life. In darkness, we are not all that different from each other. We all feel fear, and shame. We all have had traumas. In the Kabbalistic “Zohar”, the first divine emanation is described as “a spark of impenetrable darkness”, which is so radiant that it cannot be seen. The womb is the eternal mystery of the primordial dazzling darkness that births light into being. It is the gateway to a magical realm of wisdom. Sometimes even connected to the Holy Grail! … there is a lot of beauty to be expressed. We are inspired by what it means to be vulnerable, and what it means to embrace the dark.

In my review I dropped some names: Wardruna, Medieval Babes, The Hu and Anathema. Do you see why I dropped them?

Fieke: For sure! We have a little bit of all of those!

Last song is called Skymning. What does it mean?

Laura: Skymning means “twilight”, the song is about a state of being - between two worlds. Awaiting what is yet to come.

It could be between day and night, but also between rising or giving up. For us it is about leaving the old behind to walk into the unknown.

To me the song to close a gig with would be 12 and why not close the album with? Do you follow me in this? I know it’s always a struggle to choose the last track. Why is this track called 12?

Laura: The name comes from us counting back from 12 to 1 in Old High German. We sing „perat“ - a word meaning „bright, shining“. It is the origin of „Perchta“, an old and still very worshipped goddess based in East-Southern-German areas like Austria, partial Switzerland, Bavaria and the Czech Republic.

During the 12 Rauhnächte Perchta and her Servants are chasing down the Alps with a strong wind, howling around the dwellings of men, pervading the souls - sometimes with blessings, sometimes with dismay. She’s looking after new born children, taking care of those who get lost and those who might be unwanted.

We thought long and hard on a track-order for the album, and are quite happy how it turned out, but 12 could have been a candidate to end the album with a bang for sure!

If gigs are possible again, do you think you could be the warming up band for Faun, Eluveitie, The Hu, Wardruna … What would be the perfect mix for you?

Fieke: Being the warm-up for any of those acts would be great! There are some gigs in the works and we’ll definitely be sharing the stage with great acts!

Anything else to close this interview? Something I should have asked about too?

Fieke: Thank you for the in depth questions. We are doing our very best to keep creative despite the lack of concerts. There is a lot of opportunity in these times as well. This album is only the first chapter of four, so there’s more to come. We love creating and playing music more than playing the “social media game”, but please support us by following us and sharing our music if you like it. It’s more important to us then ever!