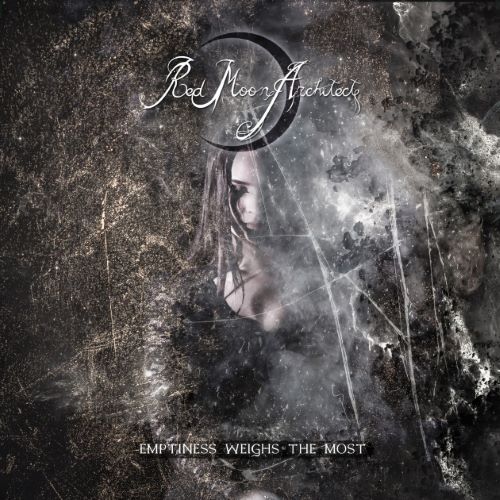 Interview with Red Moon Architect about their new album!

Doom metal is normally not my thing, but over the past years I encountered some cool bands who got me hooked! I got hooked on this one after I started listening to their clips and decided to review their last album. Since then the album is on roattion on my personal playlist! Saku Moilanen was so kind to answer my questions!

When I interview a band for the first time I most of the time ask from where did the band name come, so?

Red Moon is visually fascinating and has a lot of different meanings in old mythology. People thought that it's some kind of a sign of bad things happening. So that's one way to look at it, an architect of despair. It's also a bit abstract and that's the way I like it.

In my review I compared you with Draconian (they just released their best album ever), how do you feel about it? What bands influenced you / who’s your muse and why did you choose this genre and why not electro or jazz?

It's great to be compared to such good bands, although I haven't listened to them a lot, unfortunately. I guess I'll have to check that new album out. I've been influenced by many Finnish bands like; Swallow The Sun, Shape Of Despair, Ghost Brigade etc. For the last few years I haven't been listening to a lot of music in general, so my inspiration is more in my own life, nature and emotions. My muse has always been my own anxiety and that's the reason I wanted to compose doom metal in the first place. It's kind of like therapy to me. I do listen and play jazz beside other genres, but it doesn't have the same healing and emotional effect to me.

You are from Finland, land of the many metal bands, is it hard to get to the top in your country?

I'll let you know when we're at the top, haha. Honestly I think everyone here have the same possibility to grow as a band. Finland has active online metal communities and fans and I think it shows. Good music will always find it's audience. No matter the country or how saturated the music field is.

With the Corona sizzle the title of your album sounds very fitting as a lot of people have to go in lockdown, are afraid to live in a normal way (and they actually can’t) … but I suppose you decided about the title long before?

Yeah the title has nothing to do with this pandemic. It's more of a statement that I believe in. It's one thing to be depressed and another when you're so sick of everything that you don't even care anymore. Nothing doesn't matter and you just feel... flat and empty inside. And for me that's even worse than depression.

How bad is the Covid-19 situation in Finland? How bad are the restrictions?

It's not nearly as bad as in many other countries. We're living farely normal life. I'm an introvert living in countryside and not seeing a lot of people anyway, so I wouldn't even notice.

Normally I’m not into doom, but somehow you caught me. Are there other people who told you the same thing recently? How is the feedback on the album so far?

That's great to hear and actually for some reason I've been getting similar comments for years, after every album we've released. I don't know why, but it's great that we can reach people that aren't usually even into metal. Feedback has been really mixed, but I don't see it as a bad thing at all. At least it makes people feel and react some way, positive or negative.

How did you end up signing with Noble Demon Records?

A good friend of mine released and album through them and told that it could be a suitable label for us and it really has been. Just great people!

Chained is cool track, got a video, what is it exactly about?

It's about getting rid from negative thinking and depression. For me it can feel even like you'd be chained to a toxic person you just would need to get rid of. Except you're the toxic person yourself.

Next to that you made some other video’s, how did you choose them and work out the idea’s?

We just chose the tracks that represent the album and all the sides of it in the best possible way.

Muse sounds like written from the point of view of Ville Rutanen towards Anni Valkonen am I right or wrong? How do we have to see it?

You can see it any way you want to. The lyrics sound like they're written of a person, but instead of a person, it's actually more abstract. The album follows the same theme from different perspectives and Muse is about the old good and trusty friend, depression.

Most of the lyrics are pretty depressing/negative, but with One Shines Brighter I felt a change, was that a one trick pony? On this Anni's voice sounds a bit more like The Cranes?

I haven't actually thought about this. I mostly just write about the emotions I'm going through at that moment. I think this album has a lot of hope in it in general. There's always that small light in darkness. I haven't heard about The Cranes, so can't comment on that.

My Beloved is the last track on the album. How easy is it to choose and work out the last track of an album? For me a last track has to set the score and not end with a soft outro or something with no meaning. You scored with My Beloved!

It's not easy at all! When working with the tracklist I always check different people's opinions of it so it flows as well as it can. It's so easy to get distracted as a songwriter. When composing,I didn't think about My beloved to be the last track, but now the choice feels natural.

What other plans do you have for the near future? Will you play a set from home, try to do some Facebook live sessions …

We're going to play a few shows in Finland if the restrictions stay as they are at the moment. We will most likely also do some Facebook lives or something similar as we can't really tour right now.

Of course more live shows are in our hopes, but time will tell.

Any last words for the fans?

Thank you for all the support. I hope you've enjoyed the new album!