Monolith is a German band with 3 members: Ron on guitars, Andre on drums and Ralf on vocals and bass. They surprised the whole of Europe earlier in 2014 with their first full-lenght album 'Dystopia', which brought back the early years of Black Sabbath, yet in a 'monolithic' way. The resemblance is definitely there, but the band manages to preserve their own identity.

As an introduction, we invite you to listen to 'Acid Rain':

We spent some time with the band during their tour in October that included no less than 3 shows in Belgium: one with Psychonaut, one with Thisquitarmy and one with a lot of bands including Mr Marcaille and Dyscordia, on Fanniefest. The interview below is a summary of some things we talked about on those evenings.

Monolith is probably not the first/only band you guys played/play in ...

Ralf: I used to be a member of Black Night Crash but when our bassplayer left the band, we didn't really manage to carry on. I was a member of The Pavians and The Dudes too. Ron had a band called Dazed and Confused, and Andre played in a band called Monopilot.

How and when did Monolith get started as a band?

Ralf: When I was still with Black Night Crash, Andre had a band called Monopilot. Andre and Ron started jamming together and Carsten – also a member of Black Night Crash – joined them for a couple of jams. Monopilot and Black Night Crash were rehearsing in the same building and one day when Carsten, Andre and Ron went outside to have a smoke, we met and they asked me to join them on vocals, so I did. Carsten quit the band and that's where I started playing bass. In the beginning we weren't really serious about our music. It was more like a joke. We wanted to become the least appreciated band in Bremen, playing the roughest, slowest, and longest pieces of music you could ever imagine. But after a couple of gigs we found out that there were actually people who liked our music.

The vocals on 'Dystopia' sound a lot like Ozzy Osbourne. Did you adapt the music to Ralf's voice so that the whole thing would sound more like the early Black Sabbath, or did you already play that kind of music and was Ralf just the right man to join in on vocals, for the same reason?

Ralf: well, that my voice is simular to Ozzy's voice is simply a coincidence. Also, I don't always sound like him. In Black Night Crash I used a totally different way of singing and I didn't sound like Ozzy there a bit. But when I joined Monolith we were just having some fun and I was trying out silly ways of singing, until Andre and Ron said: 'hey that actually sounded great, let's try more of that'. On the album we dubbed the voice twice on purpose, to get that certain phaser/chorus-like sound that you can hear on many recordings from the seventies, which made me sound even more like Ozzy. 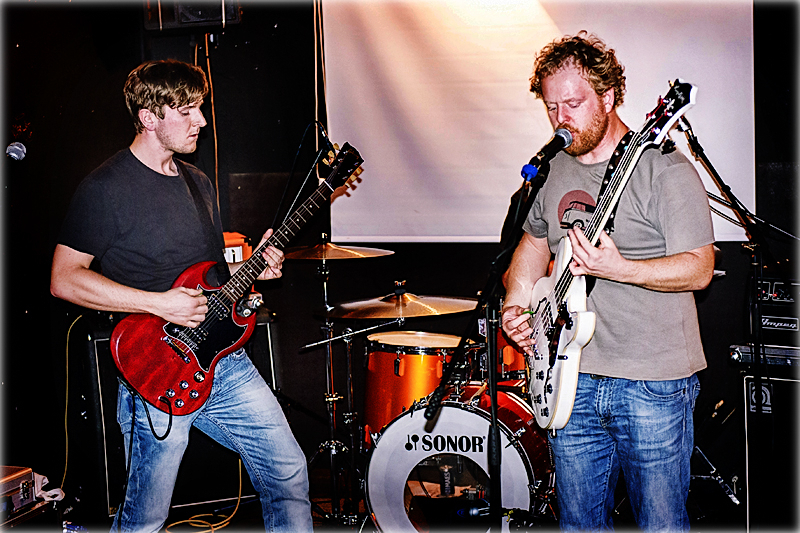 Adopting part of the sound of the old Black Sabbath, chances are high that Monolith will be compared to those icons forever, but -as in many cases where new bands remind people of legendary bands- will always remain 'the younger brother' and not their equal. What do you feel are the pros and cons of that situation? In what way does Monolith differ from Black Sabbath? What other influences are there?

Ralf: I think it doesn't really matter whether you sound similar to a band or not. Being unique is good because people say, “Wow, let's check out their show because they are really unique!”. They might also say things like, “Well, they really want to be special, but you cannot really tell where they are going'. If you sound similar to Black Sabbath people say things such as, “Hey, check out Monolith. They sound a lot like Black Sabbath. Totally awesome!”, or they might say something like, “Oh, screw them, there is nothing special about them".

Talking about influences: Count Raven, of course (laughs). No, to be honest I only know them from youtube. We listen to lots of other stuff, mainly bands from the 60ies and 70ies like Led Zeppelin, Pentagram and such. But we also dig the new stuff like Electric Wizard, Windhand (who sound exactly like Electric Wizard with a female voice of which one doesn't know that it's a female voice unless somebody tells you that there's a woman singing), Red Fang, Sleep, The Sword etc. Ron and I love blues too.

Did you see the psychelic stoner/doom 'boom' coming? How do you feel Monolith stands out in that crowded scene today?

Ralf: No we didn't see it coming. We knew there was a huge underground scene though, so we were aware that there were quite a few bands around. Unfortunately I don't know anything that might make us stand out. Maybe the outstanding vocals? (laughs). I dare however say, that we have one of the most talented guitarists I have ever come across. 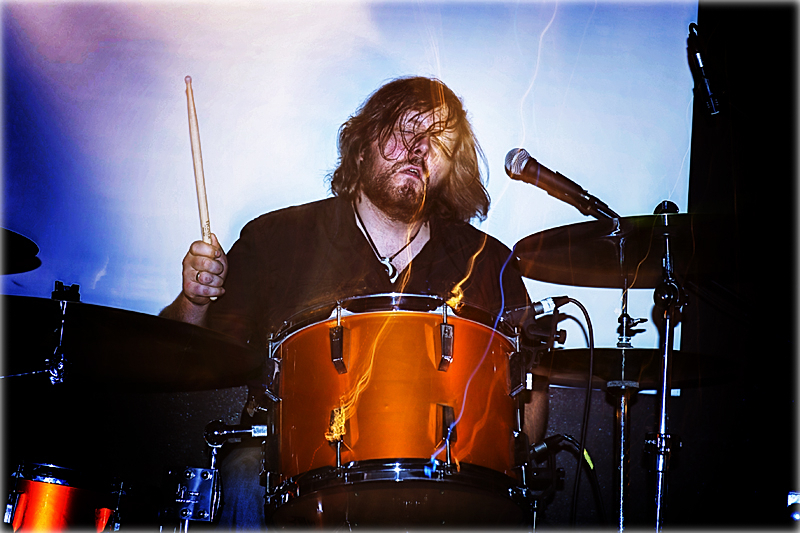 Who writes the lyrics? Do you all have your share in the songwriting process?

Ralf: I write the lyrics. Sometimes we write our songs while we're just jamming a bit, and sometimes Ron or I have an idea when we're at home fiddling about with our guitars. You never can tell, really.

Ralf: It's not in my living room (laughs).

What is next on the agenda, when you get home after this tour?

Ralf: We might play some festivals next summer. Right now I'd really love to take a break, and spend some time in the rehearsal room, to try out new ideas and write more songs.

Any plans for a new album?

Ralf: Yes. We already have some great songs ready for the new album, and we're trying them out with the audiences during the shows on this tour. Hopefully, we will be able to release the new album in 2015.

Can we expect more of the same thing?

Okay, thank you very much, and we'll be looking forward to all that!