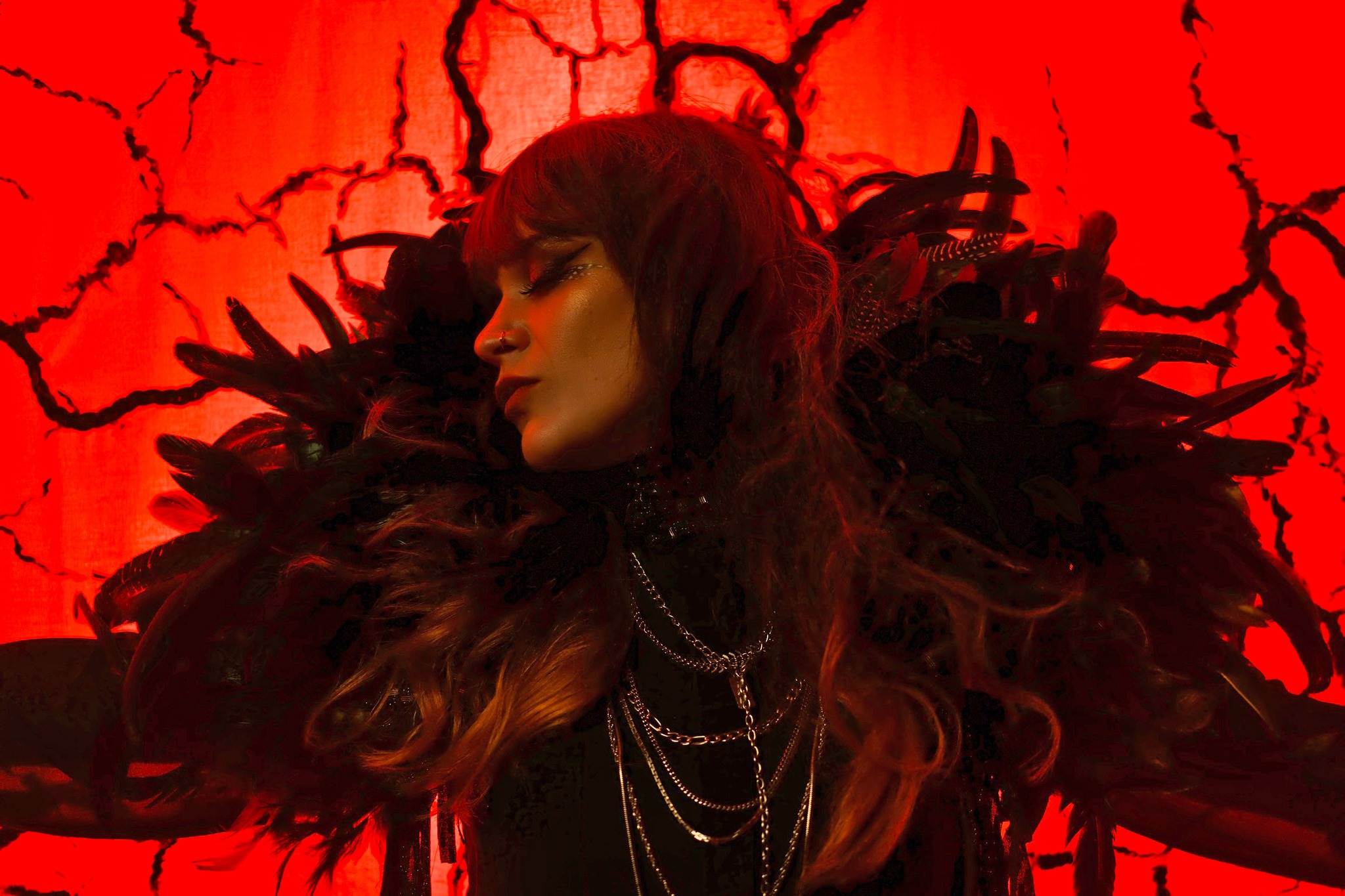 Black Mirrors (BE) interview about their excellent new album!

I reviewed their album (out 4/11/2022) and loved it (together with my 8 years old daughter). We will see them on stage in the Botanique in Brussels and got the chance to interview them first! They rock and we can't wait to see this female fronted rock/metal band on stage!

My classic starter when I interview a band for the first time is a question about the band’s name: why Black Mirrors and what’s the idea behind this choice?

Pierre : When we created the band, we were watching the TV show "Black Mirror". We felt really touched by this insane use of the technology and how it could badly affect people in their everyday life.

At the time we were also really touched and interested by native philosophy and we wanted to present the band, Black Mirrors as our tribe, linked by the name with native tribes like the Black feet for example.

The band started in 2017, pretty fast signed a worldwide deal & I have a feeling it all went fast and well. How did you feel it, as we are now in 2022 aka 5 years and a covid-19 plague later.

Pierre : Actually Marcella created the band in early 2013 and I joined her mid 2013. At the moment, we feel really well. We are about to release an album that we're really proud of and we are currently working with an amazing team of musicians, Yannick who is an incredible drummer and Pedro who joined us as a second guitar player to add extra layers to our music.

I imagine performing is the summum of it all, so having to stay inside must have been hard and maybe that’s also what gave you the time to record properly and think about the lyrics, music, the mixing of the songs, the video’s …?

Marcella: It was also very interesting to have such an amount of time. We were able to stop for a moment and think about the whole situation and what got us there.

How much fun is it each time recording a video? Getting up early and having a long day or is it a hell of a fun ride?

Marcella: For Lost in Desert, I enjoyed every minute of it. From the very starting point of thinking of the whole concept to making the scenery and the clothing. It was a collective work, the vibe was top notch because we made this video with the help of all of our friends.

You are from Brussels, how many radio’s have played your songs? Have you ever been on TV with any of your songs? Reason why I ask this is because I have a feeling only 100% commercial or heavily pushed bands gets according to me a shot, even if you play as headliner all over the world (referring to Suicide Commando, who’s from Leopoldsburg close to the Pukkelpop stage and was always refused to be booked by Chokri).

Pierre : It's difficult to know. We know that we have airplay with Classic 21 and we played several times for them. Last year, they produced "Band next door" which is a show they created to help bands from Belgium during the pandemic. We played for this show. We've been on RTBF for the decibel music awards which is the equivalent of the MIA's for Wallonia. We played Funky Queen (a single from our first album) liveand we won the awards of the "Best rock album of the year".

I like the song and the idea behind: Ode To My Unborn Child. So in the end: do you have children? How hard is it for you to make the final call about it?

Marcella: Thank you very much! The song is very dear to my heart as it's the most personal song I ever wrote. We don't have any children. You know, I really love kids, I'm the proud godmother of two incredible kids and I always wish to have kids of my own. But as soon as I became a grown up, I realised how bad things are for us and for the future generation. I realised the shit we are deeply in and how much I hate living under this system. When you are a mother, you search for a safe and healthy place to take care of your own flesh and blood. To me, the world we are living in is nothing but a safe environment where I would raise a kid... This decision isn't easy at all, I'm truly sad! So I felt that I needed to mourn so I wrote this song.

Lost In Desert mixes a poppy & catchy tune with grunge and vocals that remind me of Gwen Stefani (No Doubt) and Helena Randlaht from Sibyl Vane from Estonia! What do you think about this description? Does it flatter you?

Pierre : I never heard of Sybal vane but we'll listen to it. But we were right to mention the mix between pop and grunge as for our new album we felt really influenced by the music of the 90's, especially with bands such as Nirvana, Alice in Chains, Soundgarden, Pearl Jam or even Radiohead.

What is Snake Oil about? Btw it sounds like a cool 90’s kind PJ Harvey minded track.

Marcella: Snake Oil was one of the last songs we wrote for the album. We worked on it a couple of weeks before entering the studio.

The song is a nod to every person that has been manipulated by someone. Then you realise how stupid you were to not notice the game he/she played to fool you.

About Tomorrow Will Be Without Us, why will it be without you?

Pierre: Regarding the title of the album, I wanted to have something intriguing; something that makes people ask themselves questions. "Us" is not about the band but about human kind. It is an ironic way to say that if we continue to fuck up everything on earth, the future will see humanity disappear.

Marcella: The whole album is a reflection and our vision on the current world we live in. Humans only represent 0,01% of the living world and have decimated so many living beings (Trees, insects, birds, fish, mammals,...) It's not a surprise anymore, we are part of the 6th mass extinction. So yeah, Tomorrow will surely be without us...

How did you get Alain Johannes on board to feature in Collapsology (Raise Your Voice)? Btw against what are you raising your voice?

Pierre : Actually Alain Johannes produced the entire album. Back in early 2020, we were looking for a producer and Alain was on the top of the list we made as he worked with a lot of artists we love, such as Queens of the stone age, Artic Monkeys, PJ Harvey, Them crooked vultures and so on. We simply reached him by email, he answered, we had a talk and when we asked him to produce our next record, he said "Yes''. As simple as that.

He sang on Collapsology but he played a lot of different instruments on almost every song and he helped us to reach our best for this album.

Tears to Share is real single material for me. What’s the cause of shedding tears?

Pierre : Oh thank you. I love that song. It's one of my favorites of the album and it features a guitar solo that is really fun to play.

Marcella: Tears To Share is a break up song. Not that I lived a recent separation but when I wrote the first ideas, it sounded like a sad song. So I imagined the whole story.

Say It Again is the perfect closing track for this album and it mixes a lot of genres. Was it hard to compose and record or did it all come in one go?

Pierre : It was indeed a long process to write Say it Again. I found one of the riffs of the song almost six or seven years ago. It was even before the recording of our previous album "Look into the black mirror". For some reason, I forgot about that riff for many years. During the preproduction of the new songs, I was listening to all the unfinished ideas I had in the past and I came back to this riff that was the starting point. The song went through a lot of different versions. One of the first was more straight to the point and influenced by stoner rock. But it finally evolved into this "hybrid monster" that I really love. Pedro helped a lot on that one as he brought with his guitar all the atmosphere that balances my "more aggressive" guitar.

Can we expect a new clip and some live footages?

Pierre : Yes, at the moment (19th of October), we will release at least two more videos.

You will play showcase in Germany and Belgium, what can we expect exactly?

Pierre : Us on stage, playing our songs, hopefully.

Marcella: Some wild and raw energy on stage! Plus, I made a very special outfit by myself that I can't wait to wear ahah!

Was there anything else I should have asked? Feel free to punch it here!

Thank you for the interview and we hope to see you all at Botanique, Brussels on November 18th!

Lud Wig (cover of this article) 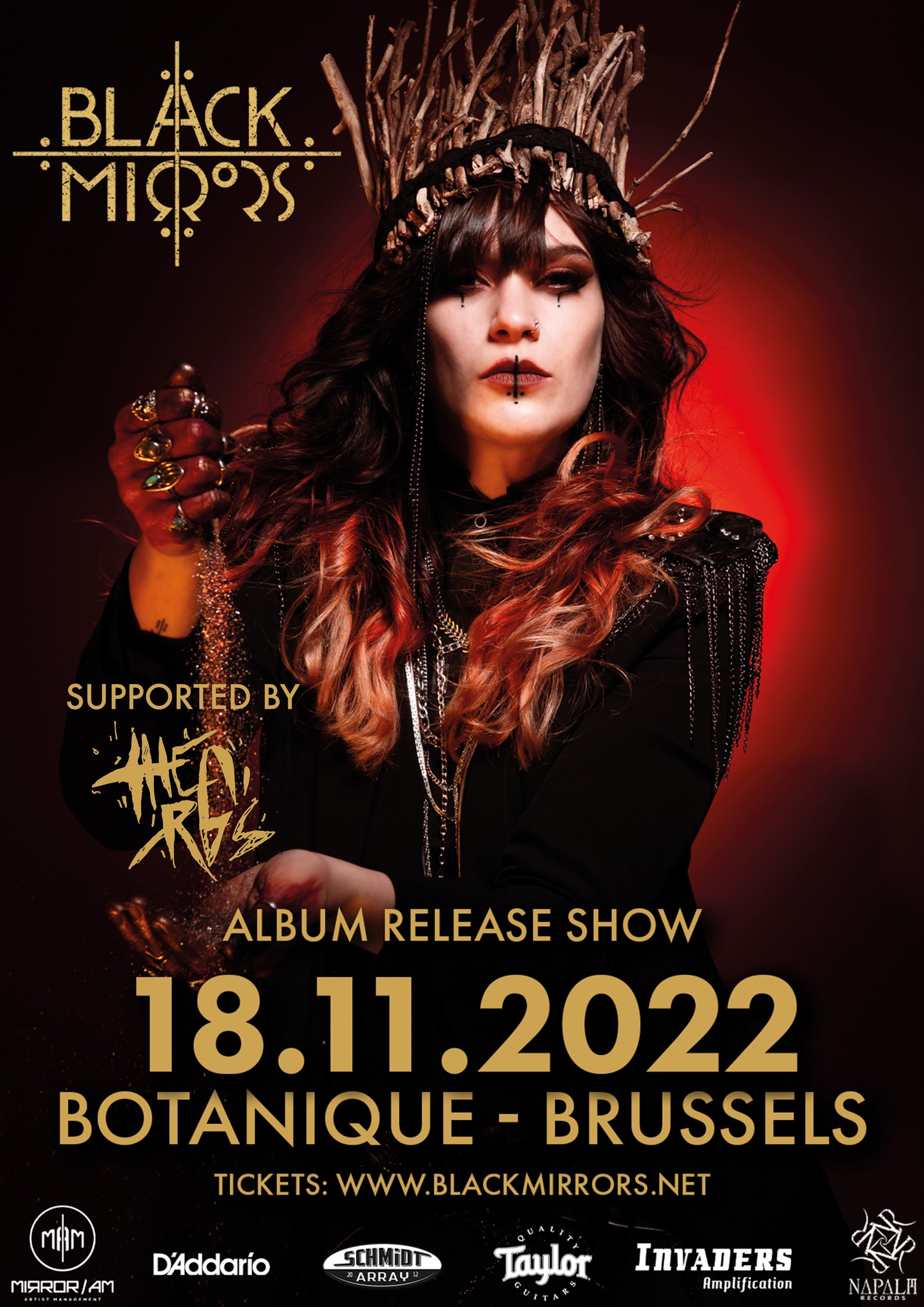