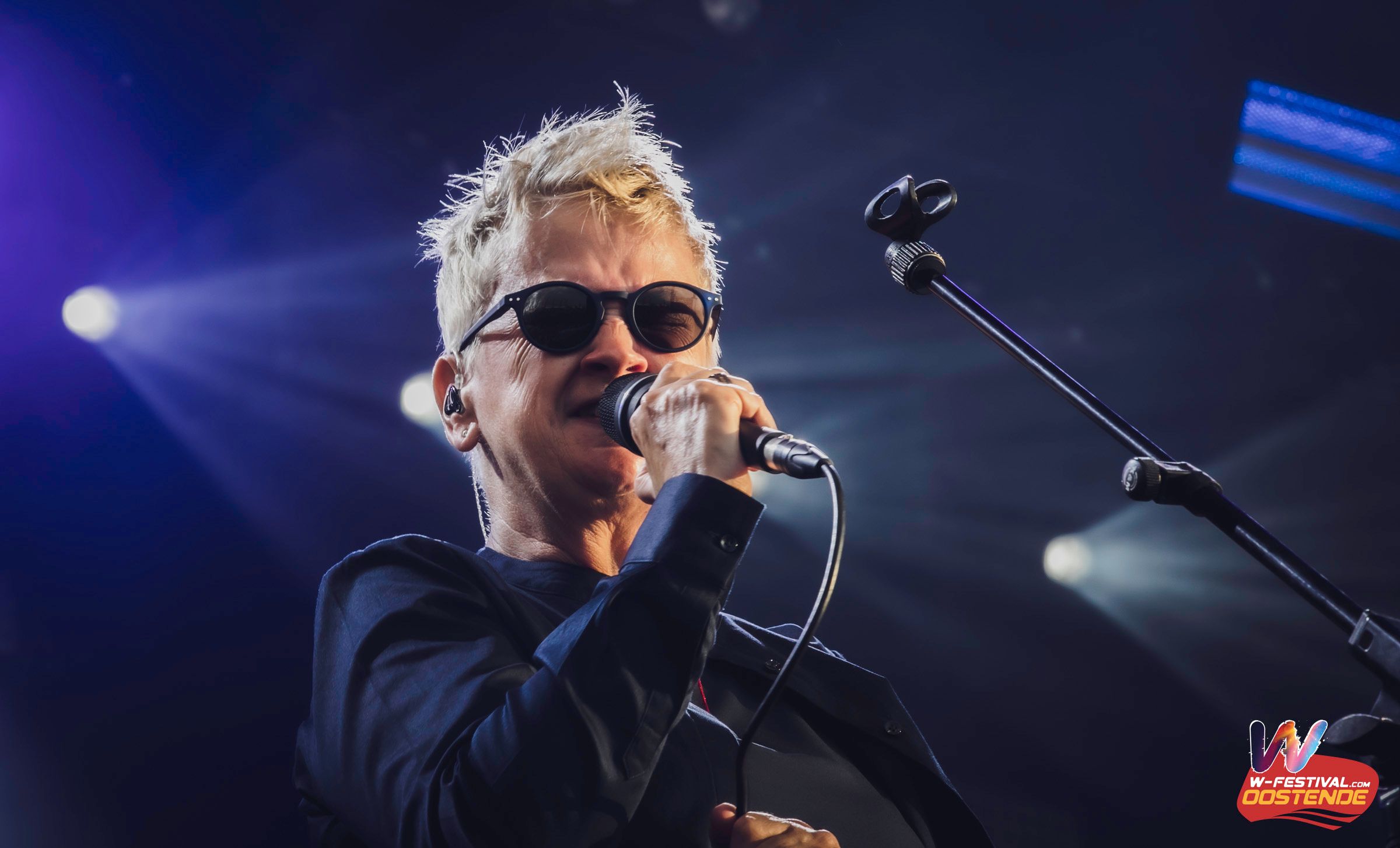 A short interview with Anne Clark

Anne Clark played at the W-Festival in Ostend, Belgium on 24 August 2022. Also on the programme that day were The Kids, Nits, Fiction Factory, Big Country, Scritti Politti and Bauhaus. The next morning Snoozecontrol had a short interview with Anne Clark.

You played on W-Festival, which is an 80ies festival, yesterday. How was life for you in the eighties?

I can’t really remember. It’s so long ago. It was fine. I try and live as much in the present moment. So I don’t think too much about the past or the future, just now. But yes of course it was a very successful time for me and a very creative time with music.

For me creatively yes. But I think the early 80ies and the end of the seventies was a very exciting, explosive time in music. But yes, all the time there’s people doing great things. We just don’t always find it, you know. Yes, it was a very dynamic period.

And how is it like for you to play a festival like W-Festival with all these eighties bands?

Well it’s great to see that I’m not the only one getting older? It’s good to see we- the other artists and me- have made it this far. It was very nice to meet some of the bands. To see these people I’ve never really met and have close contact with them.
But yeah, like I say, you know, I live in today. I’m always interested in new things. And to play an eighties festival is great, but it’s important to me that we do the material in a new way. Not like it was twenty years ago or something.

I saw you once at Zillo Festival. That was also with different musicians.

The musicians change around a lot. But a lot of the musicians I played with yesterday, I’ve worked with for twenty years now. So it’s a very special line-up for me.

Aren’t you surprised that stil so many people want to see you?

Yes every time.I mean we have been on tour in Germany for the last 2 years. And again, the response of people is just amazing. Yes I’m always amazed that people are interested.

Your music, especially when you hear it for the first time, is not the easiest music.

Yes It’s not mainstream. But I never wanted to be mainstream. Although we do some poppy new stuff, I always want to experiment. I think it’s a bit like food or cooking. If you always eat or cook the same thing, it’s not interesting. So music for me is like that. You have to add new ingredients. Change things a bit.

You played at least one new song yesterday: the bluebird. Are there plans for a new album.

I have a new CD called Borderland (Found Music For A Lost World). It was released on the 17th of August. It’s a very different project.. Completely different, actually. It’s with Justin Ciuche who plays violin and a harp player. So it’s very different than anything else.

In what way is it different?

Just the constellation. It’s my voice and text with only violin (by Justin Ciuche) and harp (by Ulla Van Daelen). And the harp is such a special instrument. A really magical instrument. The album is not something you can just put on in the background. It’s something to really meditate. If you don’t sleep so well, it’s very calming, relaxing and chilling, I hope .

Will you play the new album live?

Will you play it in England or also in Europe?

In Europe. England’s doing it’s own thing. I have not much connection with the cultural life there.

You have lived in Belgium for a few years.

I have spent a lot of time in Belgium. And in Germany .I live in the UK, but really away from the cities. I live in the countryside

Thank you and have a nice tour

Thank you. It’s done now. This was the last one.

And how do you look back on your tour?

What were the highlights?

Every day of it, because I was very sick 2 years ago and I didn’t think I would be able to play live again. SO just to come together with the musicians… just every moment of it, has been a highlight. Last night it was incredible.