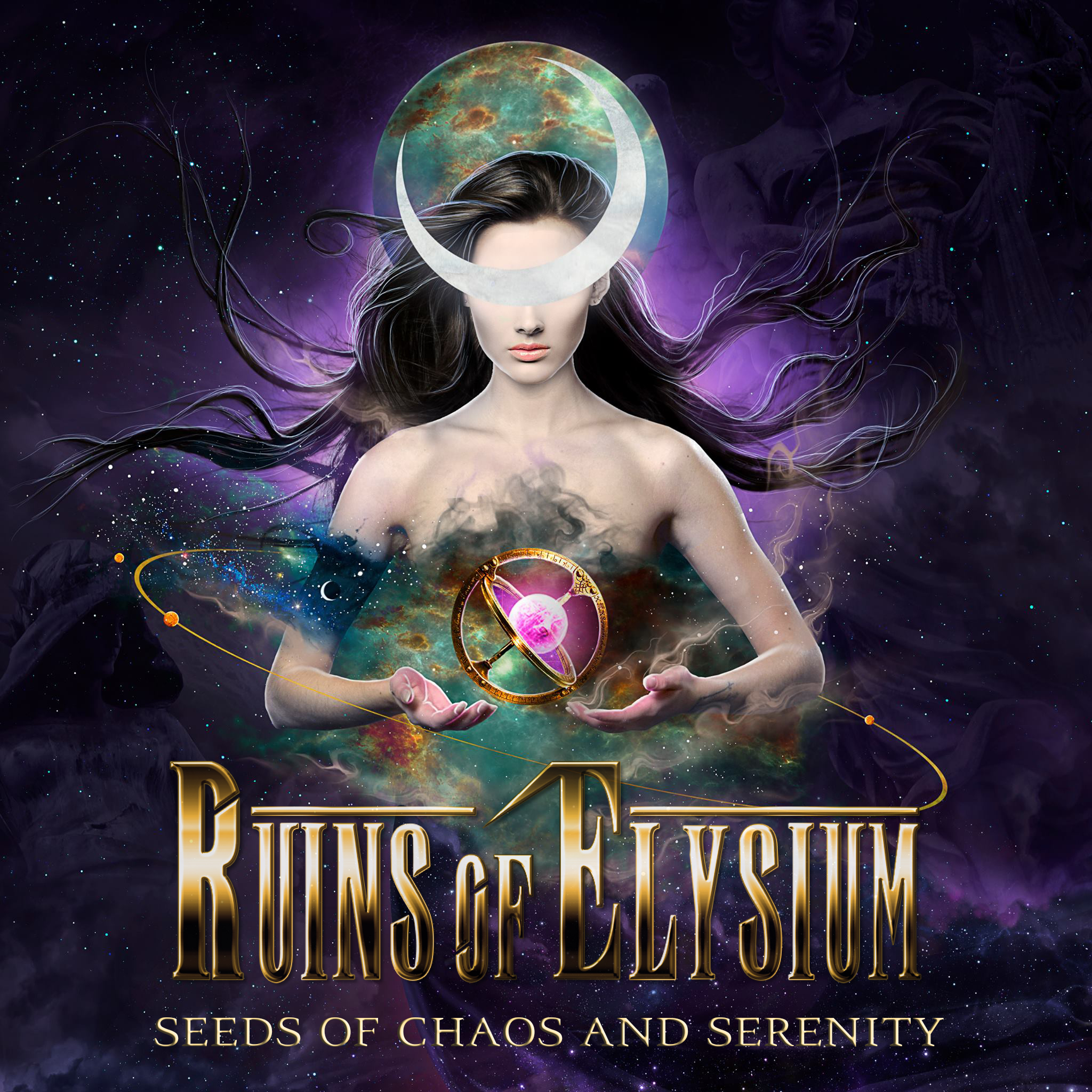 Ruins Of Elysium - Seeds of Chaos And Serenity

After creating some fuzz with their Symphonic Metal EP Daphne (I reviewed and liked it), focused on social issues such as sexism and homophobia, Epic Symphonic Metal band Ruins of Elysium delivers it’s biggest project to date, the album Seeds of Chaos And Serenity. Consisting of 75 minutes of the most epic Metal, bringing together the grandeur of epic soundtracks, aggressive guitars and fast-paced drums, all embraced by the haunting opera vocals of Tenor Drake Chrisdensen, Ruins of Elysium delivers an unique experience to symphonic metal fans, as no other band counts only with a classical Tenor as main vocal.

Kama Sutra sounds just as the title says: Indonesian vibes, heavy metal, with lead vocals by a tenor, some female backings and an erotic theme. Shadow Of The Colossus (named after the classical homonymous game, with elements from the geek culture) starts with singing birds, it all sounds pretty happy, the opera touch gives it even some fragility, despite the huge symphonic wall of sound. It's a nice epic track, that’s the least I can say about it. The themes of the songs range from astrology and witchcraft, as seen on Serpentarius (what an epic sound with beautiful vocals and strong backings, this was actually the first released track) and Beyond the Witching Hour (it’s a cool rocker that will make it on stage, due to the pathos and feelings inside the lyrics and the music), passing through social issues, as seen on The Birth of A Goddess, about LGBT empowerment. Almost forgot to tell you that Iris is a short interlude, with a nice sound, blending in as I almost didn’t notice the next track already started.

Seeds of Chaos and Serenity seems to be  inspired by Sailor Moon. Seeds Of Chaos And Serenity will be available on April 4th, exactly 20 years after Kodasnha published the last volume of the Sailor Moon manga. The first act sounds marvelous, with a harp and an angelic choir. Lots of pathos, but also some softer moments and a magical feel. All the acts together make it very epic. It’s great that there is a lot of variety in the game: flaming up, getting some rest with a piano or suddenly a violin or a flute that joins, guitar solo’s, drum solo’s  …

It’s going out with a big boom and proving once again how great this band is! I hope you will check them and give them at least a few songs time so that you can open the portals of your heart and let them in …

2 -Shadow Of The Colossus

4 -Beyond The Witching Hour

6 -The Birth Of A Goddess