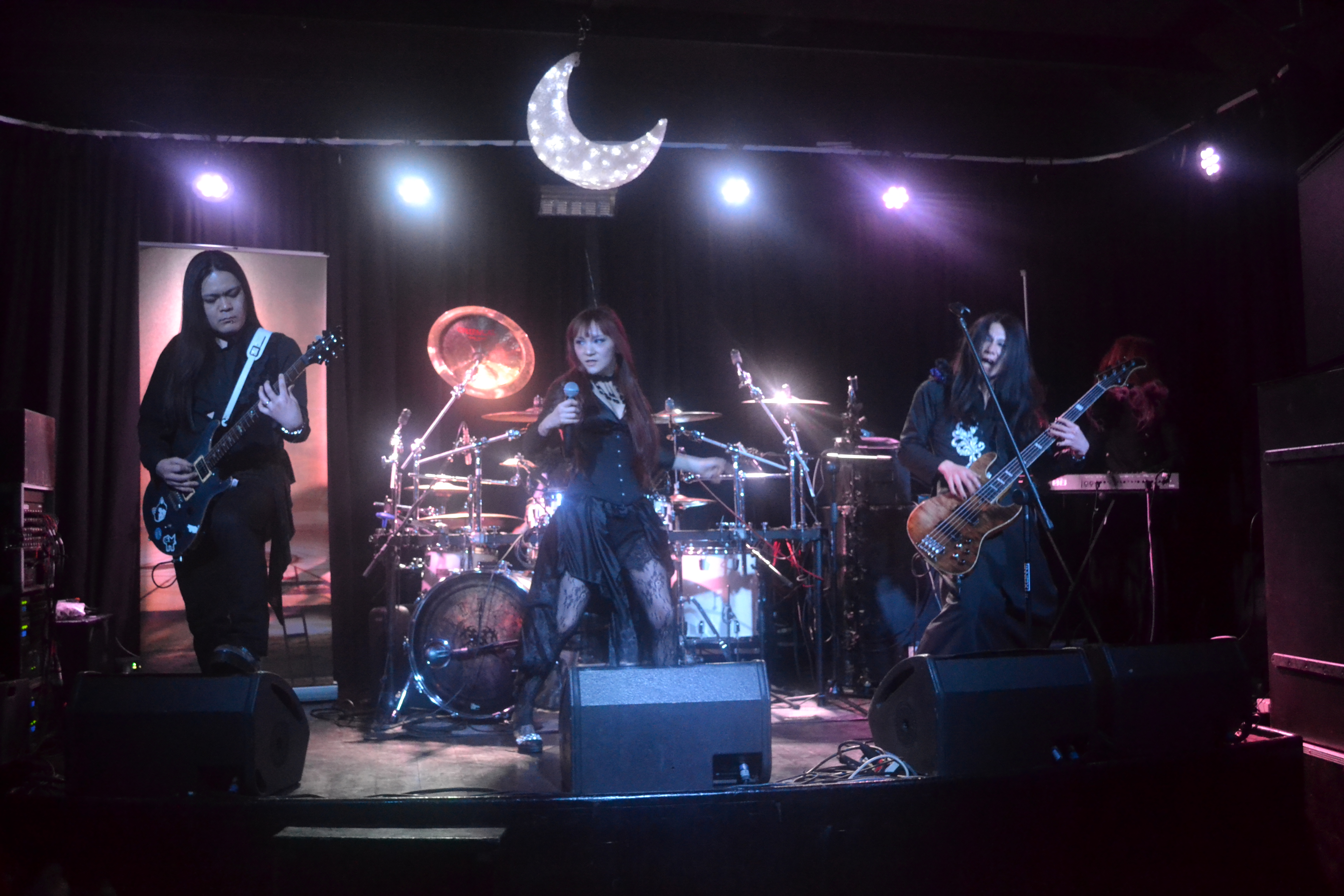 It doesn’t happen much that I go out two days in a row and for sure not on a Sunday, but as Ancient Myth (I saw them on stage at Metal Female Voices Fest. in October and that was their first gig ever in Europe) was playing and came over from Japan I made an exception. They opened in Diest, followed by two other bands. Read my story after this intro …

I was the day before in Aarschot and had lots of fun during the Porta Nigra fest. I worked on Sunday and rushed to Diest, together with two passengers and my son who loves heavy metal. We came in a bit before the official opening and managed to hear and see the sound checks. Temperance is a nice female fronted metal band, but I hear that it must be really hard for them to jump out of the package of bands with their sound. All 3 bands still have to work hard to get a bit higher up and it’s going to be a long road.

The doors opened officially at 19h, but the gigs only started at 21h. By then maximum 10 people attended the concert, despite the free entrance. This shows how hard it is to get people showing up on a Sunday for 3 bands who have to make their way up. It makes us a bit sad that a band from Japan has to play for such a small crowd. At least we see it as a private gig and decide to enjoy it as good as it gets. Ancient Myth is giving it all and their Japanese heavy metal really sounds cool. They work hard, give us a great show with lots of energy and try to get all the people hot for their sound. I hear a lot of tracks coming from their last album (album review). Toward the end they are heated up and play like a whirlwind, leaving us no time to catch some breath. We sense an outburst of Japanese energy! The gig was great and enjoyed it. The chat afterwards and cool pics we could take and the gratitude says enough: we love them and they deserve to get bigger and play before a real audience! 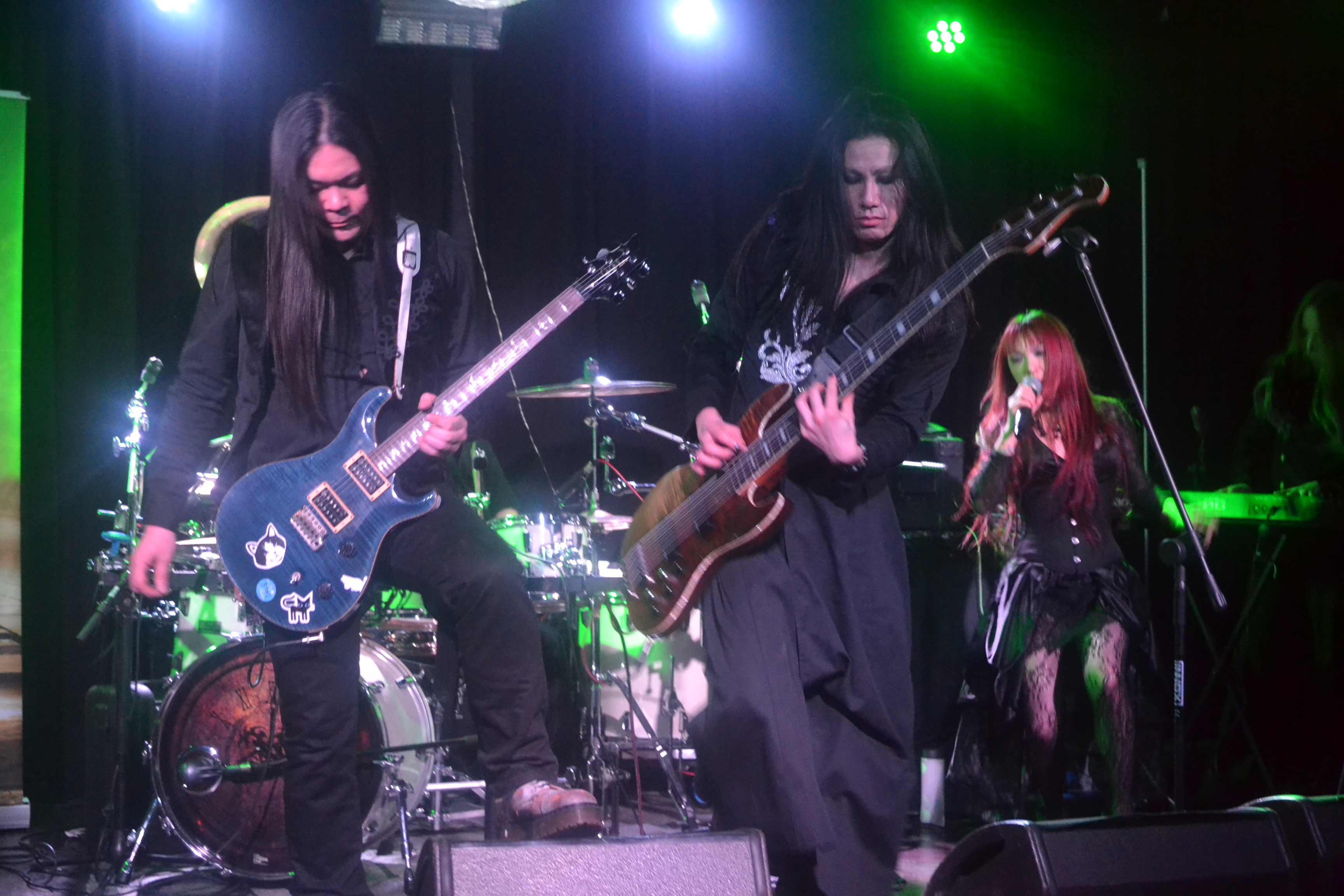 Next band is from Italy and knows how hard the way up is. Overtures still has to open some doors, but starts with lots of gratitude towards the people who showed up and gave it all. I hear lots of energy and nice and smooth heavy metal with a gifted singer: Michele Guaitoli. This man has an incredible voice, looks very handsome and has enough talents to move on stage like a future god of heavy metal. At some moments I hear some Manowar in it (but without the glam and overacting). They are playing old and new stuff. I just received the most recent album and will review it for you, just give me some time to recover from the weekend. Unshared Worlds, Under The Northen Star, Gold, Through the Storm, The Oracle, Fly Angel … All lovely and great tracks: storming, raging (with clean vocals), soft when needed, well built up … They just miss a few tracks that set the score higher. They have to grow and work hard, it will cost them some, but I hear them and give them a chance of getting there. I hope you will give them the chances needed, as Rome wasn’t built in one day! 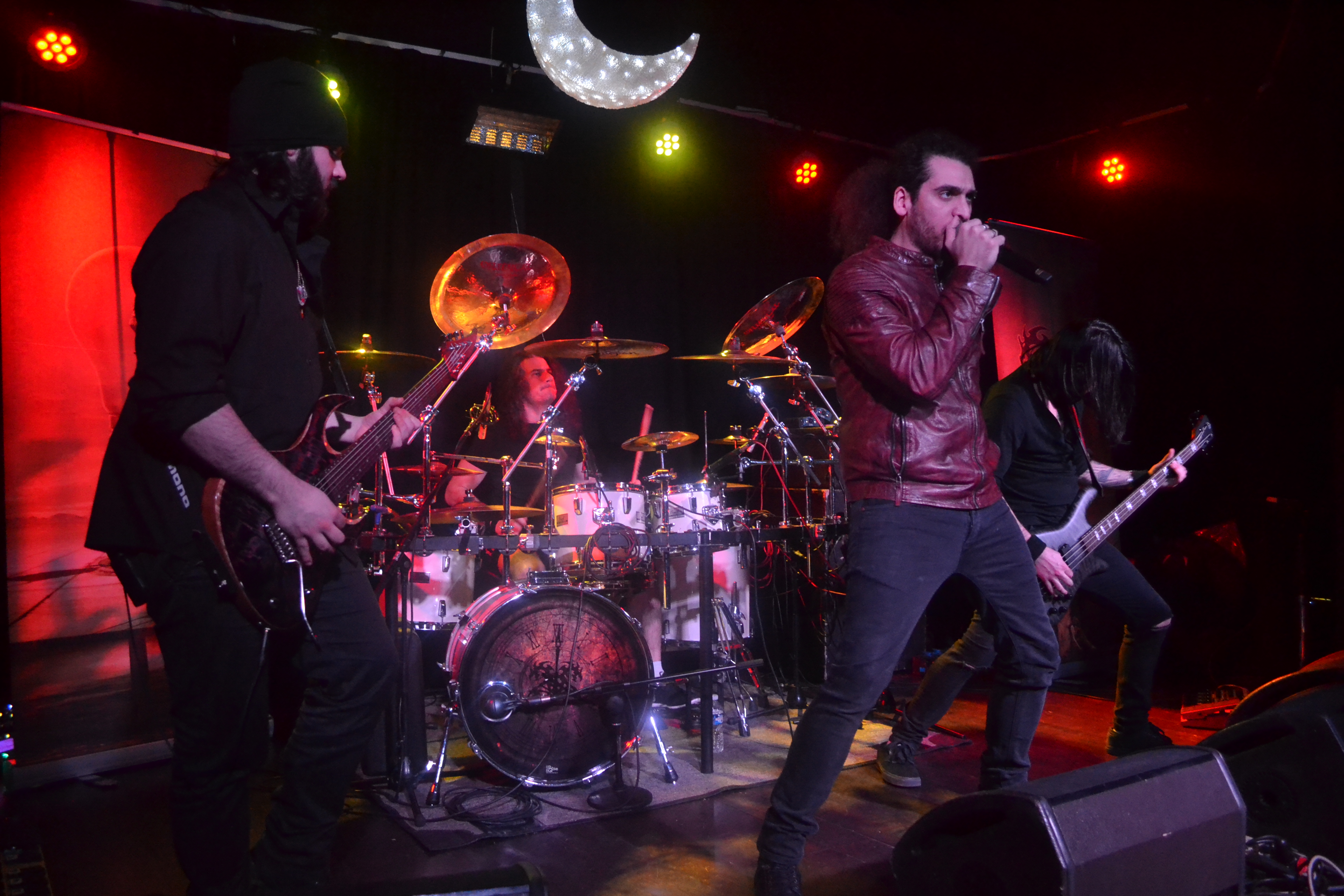 I would have loved to stay for the last band, but it was already late (second band finished when it was announced that it would be over). At least we had the chance to hear the sound check from Temperance and we are sure we will see them back one day in better conditions.

It was a great night, with private gigs and has become clear that our scene needs you and needs more people attending or bands like the ones we just saw will fade away and vanish whilst overhyped bands will be booked all over again, so support your scene!