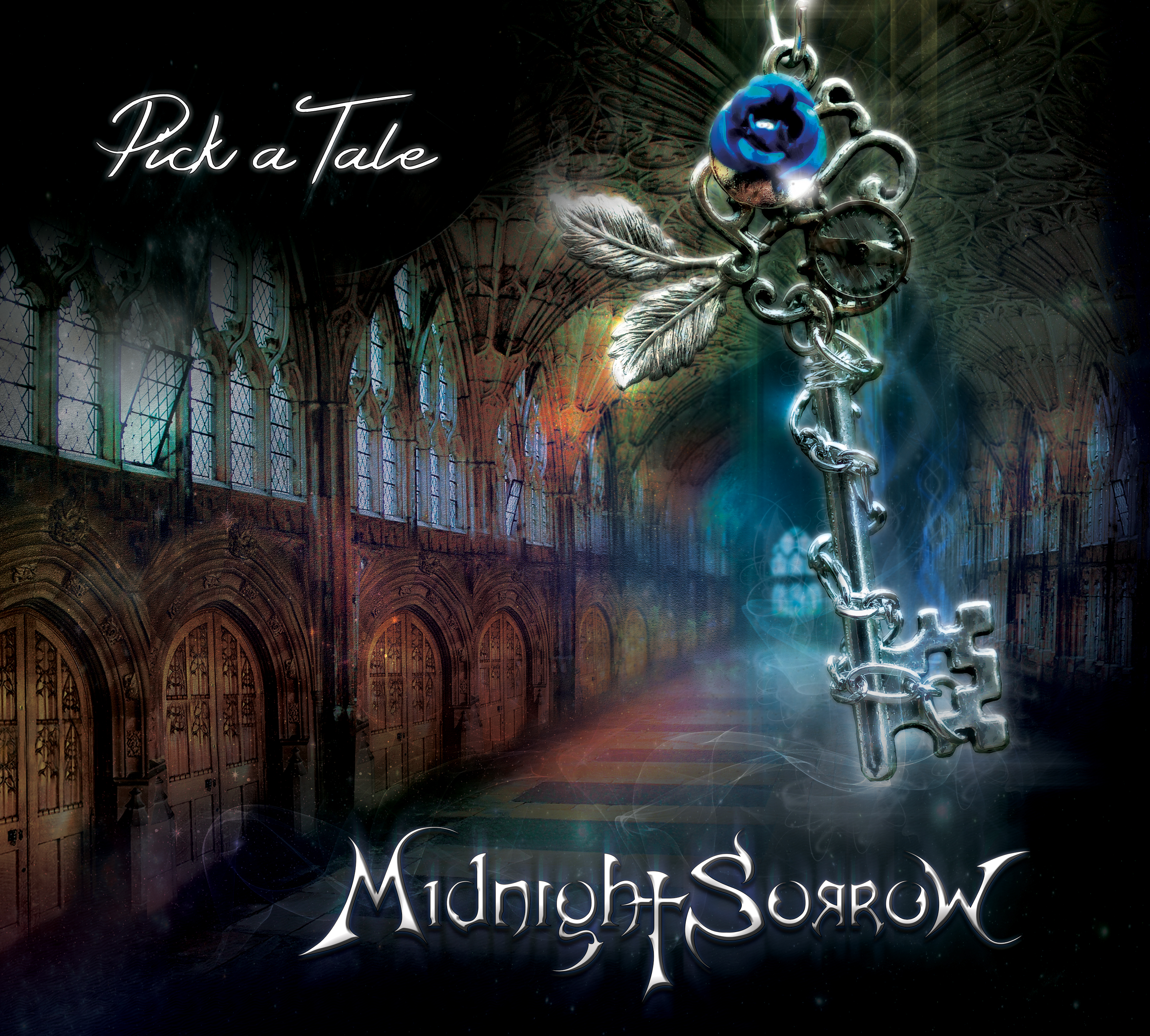 I chatted a bit with Maureen Morvan (lead vocals of Midnight Sorrow) after the last edition of Metal Female Voices Fest. and today she presented me her new album: Pick A Tale. The music goes from Heavy metal to faery tale music with a medieval touch …

It all starts with Prelude of the Night: a symphonic opening track with a dramatic feel. Glorious is the first real track and throws a symphonic bomb from the start. The vocals go pretty high and are joined by heavy grunting. It has clearly been influenced by our all-time heroes from Leaves’ Eyes. Towards the end it gets a bit what I call a Breath of Life touch (listen to the vocals and the violin). More power play and a flute come with Between Sun and Moon (sounds more like folk metal, with the bagpipe as extra). Maureen’s voice sounds very angelic and goes pretty high on the vocal chords, backed by heavy grunts and growls. Heavy metal meets symphonic metal, that’s how I would describe the epic Lost For Eternity (with the typical beauty versus the beast modus). It’s fired up, powerful and brought the way I adore it, so can’t say anything bad about it (and that’s a good point). Black Snow mixes softness (piano parts) with brutal rawness (grunting and growling and exploding drums). The symphonic part sounds very gracious. Number 6 sounds very much like made for an Opera, with a heavy metal touch: it has the right feel and the dramatic touch. It sounds a bit strange on this album, as if it was a try out and it reminds me of Molllust (a great band in its genre). It has lots of twists and turns and changes pretty easily from mood and tempo, giving it this special feeling. More epic pearls and vocal beauties come with Crystal Drops & Waterfall. At First sounds sometimes fragile, gets an outburst. You can say it mixes tenderness with aggression and happiness. The least you can say is that is has a lot of variation (style, tempo, …). I just miss a big boom rather than a slowly fading out. The Place starts with a piano but explodes pretty fast with the upcoming guitars, drums and symphonic sound. Here again the vocals go in overdrive and blow you out of your socks! Phaze starts a cappella and gets a Gypsy feel. It’s fragility mixed with beauty. Treasure of Your Life (“Golden Seas” and “Dark Depths”) is for sure the most epic track on the whole album (honestly: it feels a bit like 2 songs brought together, just as marked). This one goes indeed from shiny and happy into darkness. Somehow I feel it coming alive on stage, with even a clap your hands moment and arms rising to the sky. A last Ceremony sounds like a false ballad, with a live feel and some Kate Bush in it (with the symphonic sound as little extra).

Well, I must say I’m pretty happy with what I heard. The only downside is that I could hear that the symphonic part came from a program and not from the real stuff, but I’m pretty sure it was simply too damn expensive. As for the rest I can only hand out good points and try to promote the band as good as I can in the hope that one they become big enough to be able to use real symphonic music!