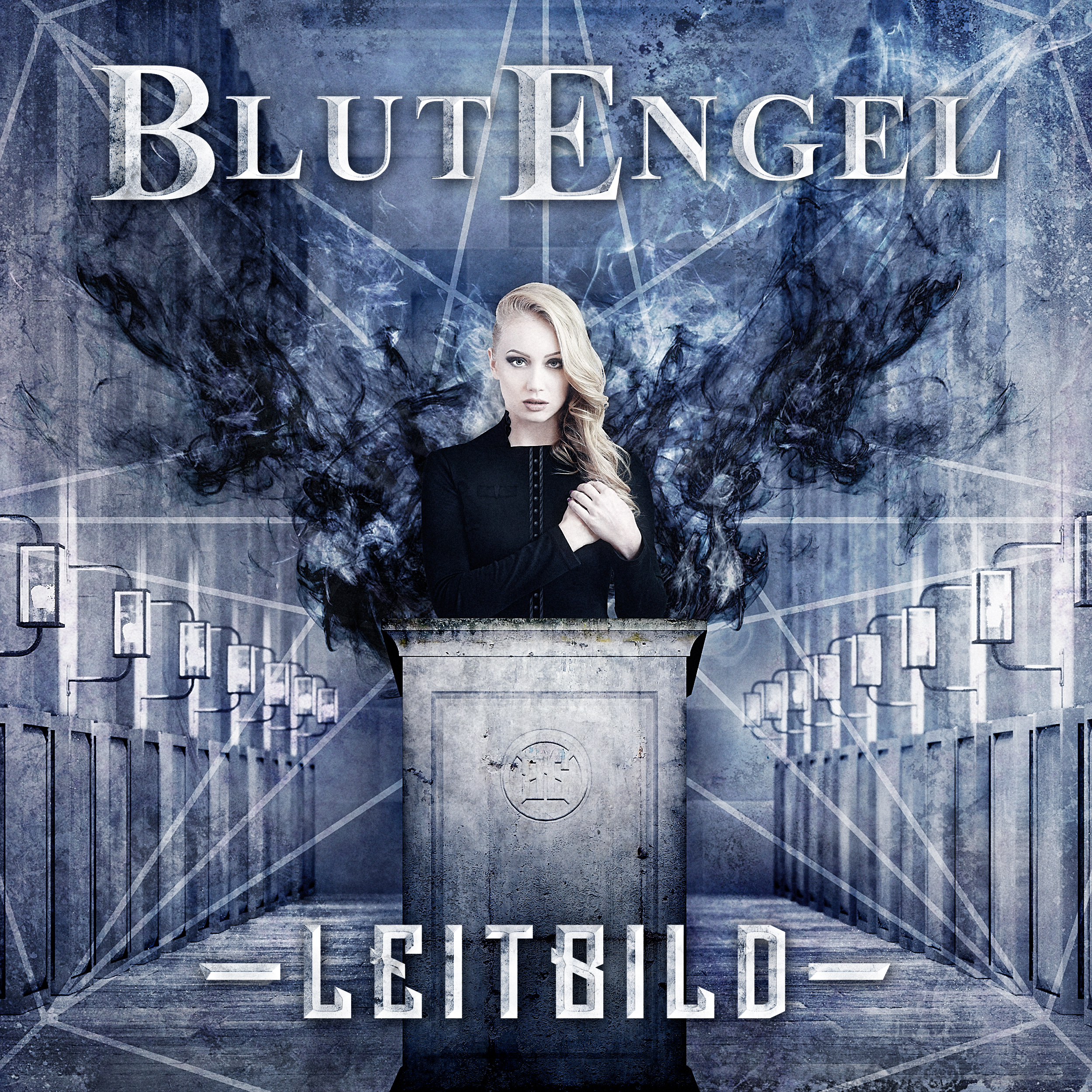 Blutengel – Leitbild (Out of Line)

The more albums Blutengel releases the better they are and that’s for sure one of the reasons why they are one of the most popular German bands! What can you expect? Well: dark club-sounds, atmospheric tracks, raw power, depth and anthems for emotional warriors, unfiltered and more multi-layered than ever before with always a taste of vampire blood and cool duets!

The album comes in different forms: a regular version, LP version, deluxe version (with as extra Chris Pohl’s new book Lebe Deinen Traum and in total 29 songs). In this package we also get  remixes and unplugged versions (knowing their history it’s simply the greatest gift), the lyrics and a photo booklet.

Now let’s finally analyze this masterpiece! It starts with church bells and a synth: Welcome To Your New Life. The sound is off course a bit epic and melodramatic. The opening track has even vocals, however they sound a bit different from the other tracks: a bit more pushed into the background (for sure Ulrike Goldmann’s vocals and that’s not so good). Lebe Deinen Traum sounds energetic, melancholic and whit that typical Blutengel touch (as in: every fan will adore this one for sure). The song even becomes catchy onwards the end (with a club sound). Waste My Time sounds a bit angry with a spooky layer. It feels like a direct club hit: the energy, the feel, the lyrics and the tempo: it all matches! Be ready to sing-a-long!

Leitbild is another strong track with powerful vocals and a catchy chorus. The guitars play an important role in this one. One of my favorite tracks on the album is the catchy and fired up Black! I love the lyrics, the up-tempo drive and the coming together of the vocals. It’s once again a very club minded track with Ulrike giving it that little bit of extra that lifts it to a higher level! Scars is the first slow song. It’s a very melancholic and depressive one, but with a little glitch of hope. Unser Weg goes back into the classical strong and typical Blutengel sound. Immortal comes with Ulrike on main vocals, has a retro 30’s sound (in the vocals). Sound wise we hear more electronics, the tempo is a bit lower, but it still sticks upon your soul and haunts you. It has a theatrical feel.

The Days Of Justice is yet another typical Blutengel track: fired up and ready for battle! Complete (with a Depeche Mode feel) & Gott: Glaube sound like the logical follow-up for the previous track, but then sang in German. With Say Something we get a more Sisters Of Mercy kinda sound and that is just great! It might even turn out to be a magnificent single! I cherish the catchy feel and fired up tempo. Wasting The Years is a soft and emotional ballad with a melancholic and a sensitive touch. Alle Wunden sounds very catchy, despite the lyrics. The Way You Feel gives you a positive feel and wings to fly out and reach out for something better. Der Himmel Brennt is a slow one, the perfect end bringing out a sensitive side and yet going out with an emotional blast!

Deluxe set version gets these:

Eternal Souls sounds like a possible hit, with the classical Blutengel elements! It’s even a bit strange that this one is not on the regular album! I Surround You got some mechanical effects on the vocals, it sounds like a test, but somehow I feel it’s good for this time and after that we had it and let’s move on. The tempo of the track is also a bit too slow. Luckily after a while we get the regular vocals and bit more of the great bombastic feel. One Last Time sounds like a solo project from Ulrike and I adore it! It’s soft and heartbreaking! You get slowly whipped into the song, going deeper and deeper! Killing Memories (Alternative) is not bad, but somehow I miss a higher drive. The beats are good, the tempo a bit too slow, the lyrics are nice, it’s just missing this little extra powder.

The Plague is lyrically speaking the best track on the album: it just nails it and has the right tempo! I feel a potential hit here! It’s just insane, why wasn’t this one on the regular album? Seelenschmerz (Reworked) is a classical and gets the right treatment for this new version! We also get another version from the great track Eternal Souls (Pseudokrupp Project): it gets more beats, but I prefer the original. Leitbild (Ost+Front Remix) gets a good treatment and almost sounds as good as the original (with a more rock/pop minded treatment). Say Something (Batfloor – Hocico Club Mix) sounds totally different from its original version, more into Hocico versus Covenant. Umps Umps, let the beats roll! Waste My Time (feat. Helalyn Flowers) was something that really needed to get a place on this album (check out what they did on an EP they released on Alfa Matrix).It’s a great track you have to check it out!

Last salvo of specials comes with: Anders Sein (Rework 2017 - Still Different): a great rework and for sure a must have (more beats, more tempo, a better and more worked out sound). Der Himmel Brennt (Symphonic Version) screams for more! It’s simply a great version. It also show that symphonic treatments are perfect for Blutengel tracks! Wasting The Years (Acoustic Version) shows in this stripped version how good the vocals are and how strong this track sounds!

Well, I took some time to discover every pearl: it was worth my time and enjoyed it! I can call myself a Blutengel fan!

9. The Days Of Justice

A1 Welcome To Your New Life

A3 Waste My Time

A1 The Days Of Justice

B1 Wasting The Years

B3 The Way You Feel