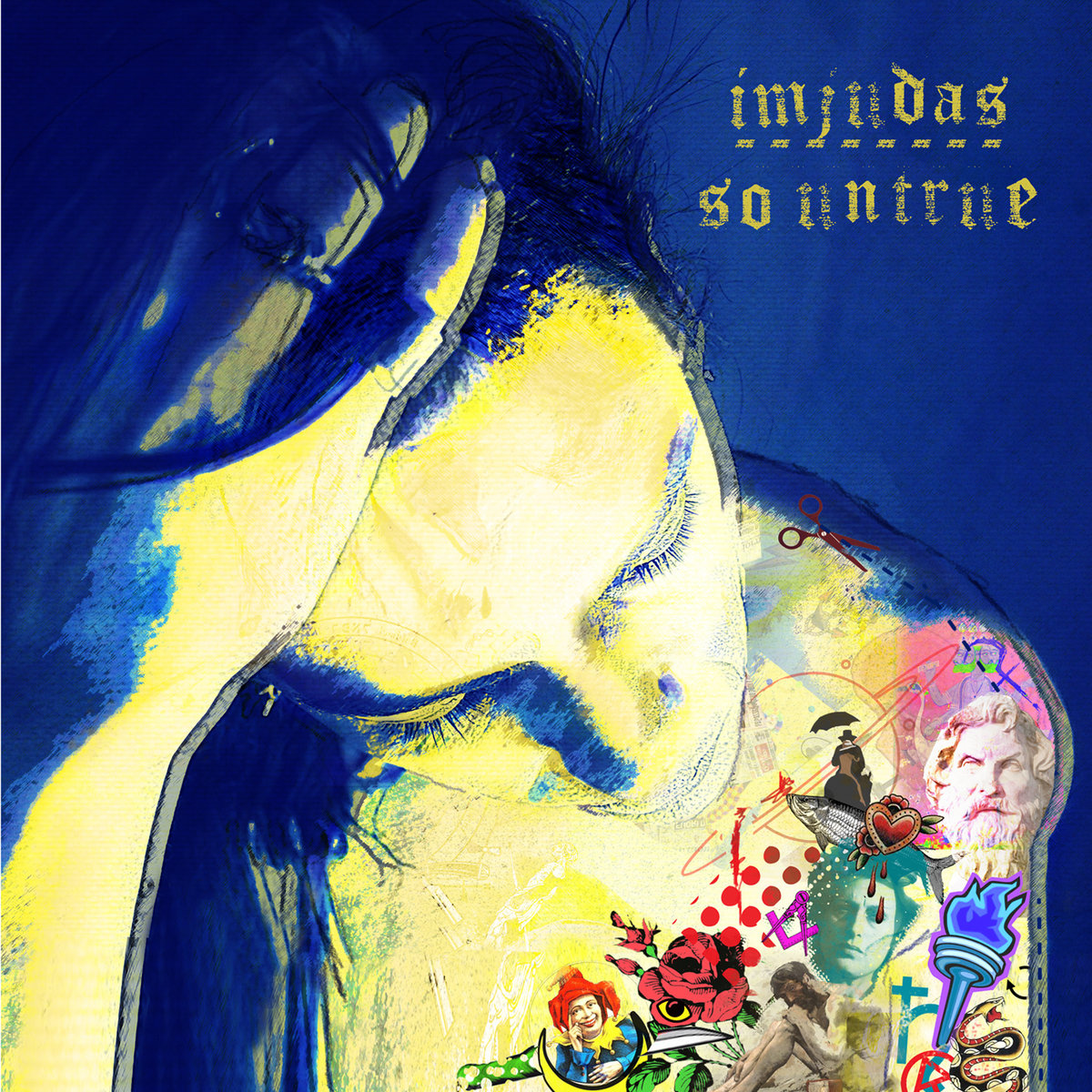 Maxx Maryan plunges us one last time into the highly emotional atmosphere of “Yrjudas”, the poignant surrealistic debut album of his solo-project IMJUDAS, by releasing simultaneously 2 stand-alone EP’s each featuring the band’s most favourite songs in exclusive edit, remix, or even demo versions. A nice and original way for the male half of cult act HELALYN FLOWERS to bath us once again in the shimmering darkness of this unique album on which melancholic cold wave melodies fuse with bittersweet post punk attitude.

So Untrue is a synth rock-wave ballad with a Europop touch. You can feel the positive vibe and I can even see it getting performed during the Eurovision song contest!

So Untrue (Phil from The Breath Of Life version): it’s not the first time Phil and The Breath of Life re-record a song instead of remixing it and they get a good habit of doing it properly and changing the song into one of their own! Here we get a floating and introspective psych-wave version with only the original vocals left as all the rest has been changed!

Ritual (Imjudas alfa mix 2017) gets a deeper bass sound and I get the feeling the tempo has changed a bit. I like this version!

Outcast (demo 2016) is a demo but it’s clearly a good one! I can believe that this band got signed just based on the demo’s! I can feel the roaring beat and the vocals are already top here!

So Untrue (demo 2016) comes pretty close to the original, once again showing the strong potential within these demo’s!

I’m happy I created the time to review this one and glad Spleen + is taking in this EP as one of the first one to be released on it’s roster!