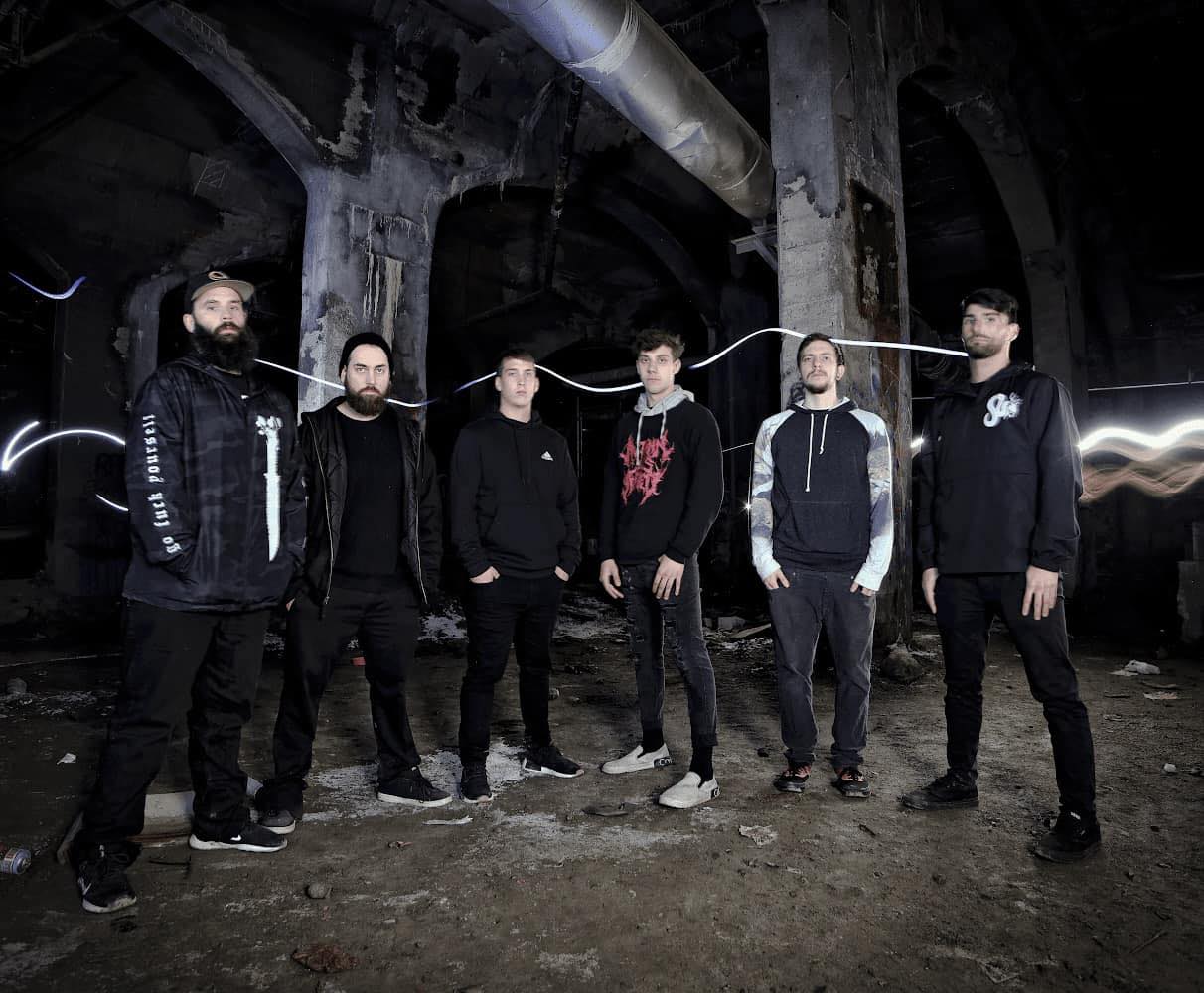 Aggressive metalcore sextet from Syracuse, NY, Fight From Within has released the first single “Vivisepulture” from their forthcoming EP.

The explosive track boasts a short drum-fill intro, leaving no time to prepare for the barrage of immediate mosh-inducing fight riffs. The dual bouncing guitars peppered with wailing solos coupled with the seething vocals of Mikey Hayes and Paddy Mull create an atmosphere of intensity in its purest form.

“‘The song is loosely about being overwhelmed and feeling confined and oppressed. So much that it feels like you’re buried alive. ‘Vivisepulture’ - the act or practice of burying alive”

Hayes’ lyrics, “It’s like I’ll never escape/Feels like I’m running in place” erupt before a crushing breakdown encapsulate not only the definition of the word “Vivisepulture” but a calling upon a deeper meaning of what it truly means to fight from within oneself.

The video for “Vivisepulture,” directed by Atticus Kiser, follows the band through everyday scenarios from the local bar to a gathering in the woods, as the typical turns grim quickly. Coughing up dirt and being hunted by those closest to them, the band finds themselves truly buried, but by what exactly? Check out the video for “Vivisepulture” and try not to gasp for air.

ABOUT FIGHT FROM WITHIN:
Fight From Within was founded in Central New York in early 2021. The unique and aggressive sound they’ve crafted is an intersection of metalcore, hardcore, and beatdown, drawing influence from Bury Your Dead, Polaris, and Every Time I Die. Since their inception, they have released 5 singles. In 2022 they recorded their debut EP with Pablo Viveros of Chelsea Grin, which is set for release in early 2023.