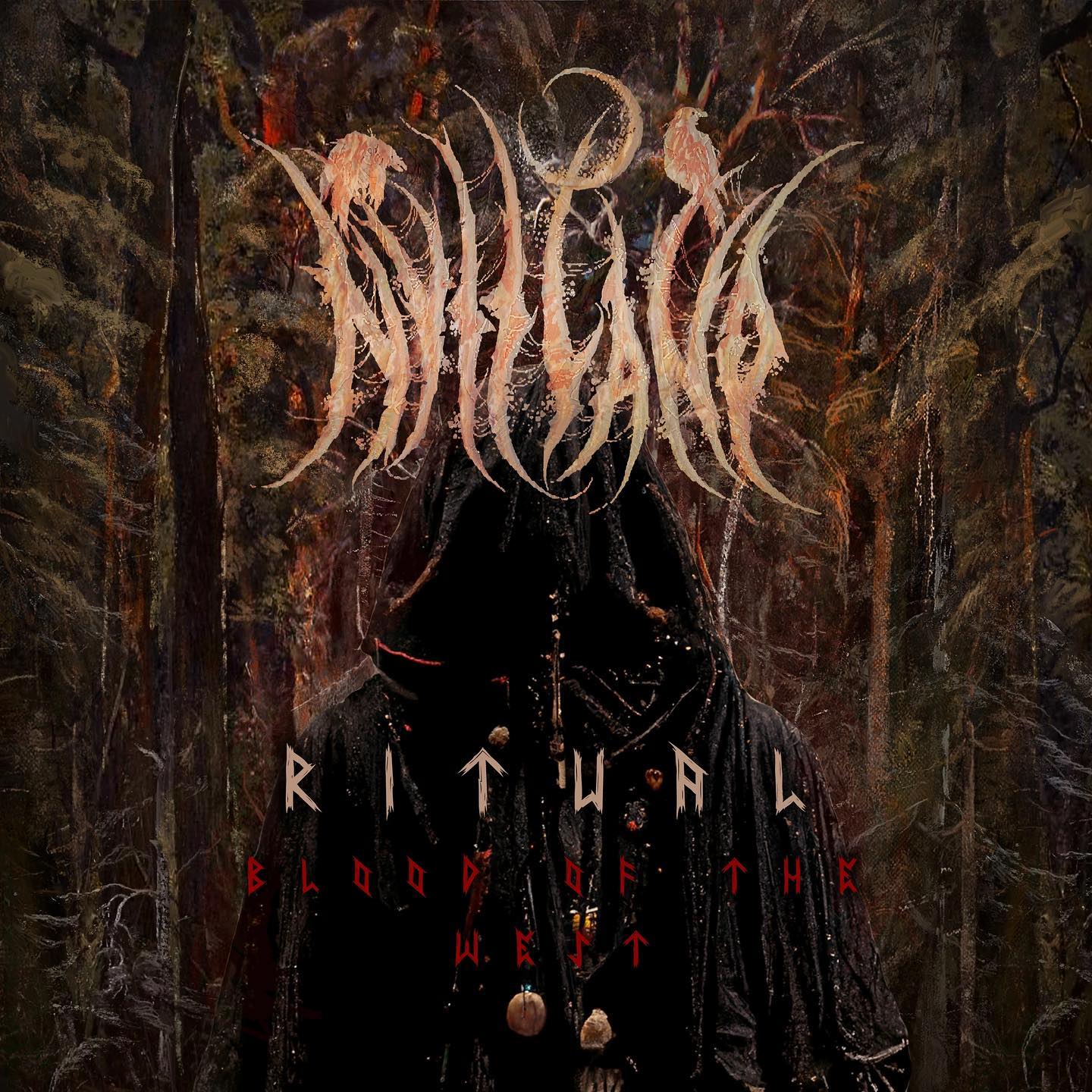 With their enticing third single, Siberian dark folklore frontrunners NYTT LAND finally unveil their new EP, Ritual: Blood of the West, coming out today, November, 18 22022. “The Blues of Ragnarok”, was originally released on their latest album Ritual, and has been reworked in western-inspired ways. Releasing the new transformation of the song, the duo combines their captivating signature throat singing with rhythmic sounds, matching guitar riffs and melodic elements, immediately drawing the listener into its ethereal soundscape.

NYTT LAND state on “The Blues Of Ragnarok”:
“I think we made the best soundtrack for Ragnarok. Drink your moonshine and let's go dancing with the spirits under the big silver moon.”

Following their traditions and connection to nature, NYTT LAND directs its powers toward a new territory, leaving behind the rough lands of the north and embarking on a sonic journey in five transfixing songs. NYTT LAND ventures into dark, western frontiers with their upcoming EP, Ritual: Blood of the West, to be released digitally via Napalm Records on November 18, 2022. Based on tracks from their latest album, Ritual, that has been reworked in gothic folk and western-inspired styles. Staying thematically faithful to ancient legends and adapting to the temperate sounds of the west, opening song “Dark Country Ritual” not only displays NYTT LAND’s dedication to their own legacy, but opens the EP with an enchanting, ambient new sound, rising and falling like smoke. On “Song of U-Gra” the band flexes its trademark vocal approach with summoning chants that gently carry the listener away to another mental state, conveying more tranquil versions of the originals without losing their depth and ancient thematic significance. “Dead   Man’s   Ballad” tells its story like a coyote howling at the moon, offering a mysterious yet soothing blend of guitar and vocals that reinterpret the band’s dark folk essence.  “Blood of the West” closes the EP with acoustic guitar instrumentals that summon the spirits of the west and leaves the listener enchanted, induced in the serene, ancient sounds of the grasslands.

NYTT LAND on the new EP:
"We've said many times that country and blues music are some of our favorite music genres. This EP is our tribute and memory to those great musicians who stood at the very origins of American country and blues music, those whose music inspires us daily. For us, working on this album has become the most unusual, but at the same time extremely interesting experience. And we really love that we did it!"