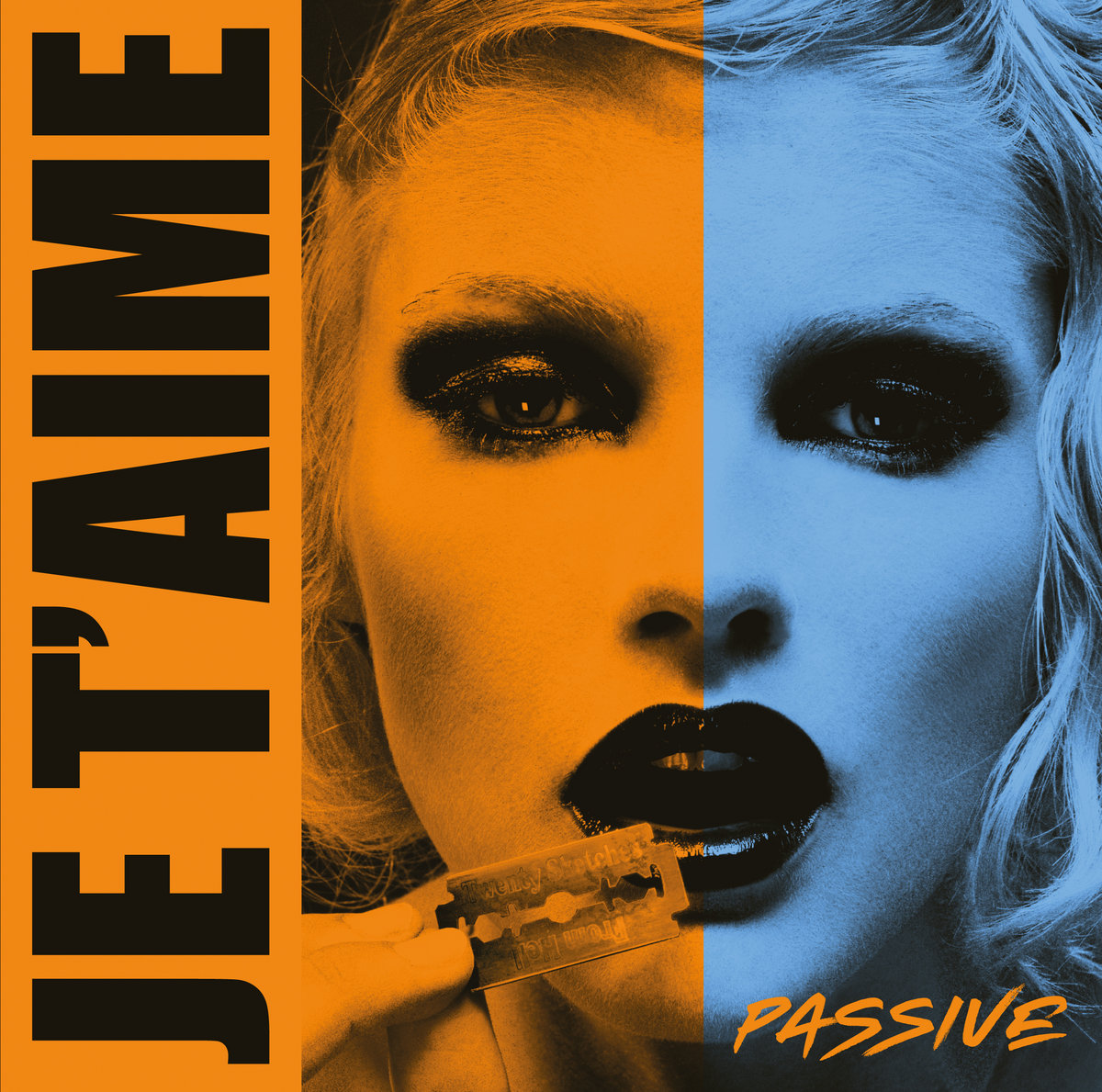 This album was already released earlier on but I only had the time now to review it and it also goes along with the next album that will be released soon. I adored their EP for Ukraine so I have pretty high expectations for what or French post-punk friends will bring us!

Formed in Paris, JE T'AIME released their first single The Sound in spring 2018. Following the enthusiastic reception of the public for this first musical recording, the band chose a secluded spot on the Brittany coast to focus on more important work. Weeks of sleepless summer nights in search of new sounds result in the creation of eleven new tracks: the sound a post-punk cold wave hybrid, reminiscent of the great Mancunian Factory era and infused with hints of the Smiths. This first eponymous album was released in Spring 2019.

After several dates in Europe, including some major festivals such as the W-Fest, and the release of the live album "LIVE AT GIBUS", the band records "PASSIVE/AGGRESSIVE", an ambitious double-album. The first part "PASSIVE" was unveiled on Valentine's Day, 14 February 2022. The second part, "AGRESSIVE", is released on November 1st, the Day of the Deads.

Another Day In Hell is the opening track and starts with an 80’s post-punk sound like the way I really love it! Excellent bass play and sliding guitars, whilst the vocals have that clear 80’s touch and sounds like sung from a cave or a grave.

Dirty Tricks has a high tempo with roaring guitars and a slice of a panic attack in the vocals. I can feel the fear, the hate, the anger. The bass really plays it fat and loud, just as the synth! It’s a party track and should be a hit on stage! What a blast!

Lonely Days has a funny sound thanks to the synth and has for the rest a typical 80’s sound with a loud bass guitar sound. I hear some slice of The Cure in the vocals. The percussion brings in a clap your hands moment too! The lyrics are off course pretty sad and clearly define the song!

Unleashed starts with that great bass, a lead guitar, a synth and drums. It’s only after a while that the vocals jump in with an English accent. Retro wave/post-punk from the upper top regions! Halfway the song even gets a reggae touch and slows a bit down. I adore the percussion here and the vocals.

Stupid Songs feat Ophelia (Saigon Blue Rain) has some special effects on the vocals and an electric drum. I can hear the 80’s getting revamped! Ophelia reminds me a bit of Blondie and thus changing it into a cool duet. Halfway the song gets more into the catchy feel and almost expects you to sing-a-long! Excellent track!

Cold has some XTC-minded touch mixed with more of the 80’s and a high tempo with synths on the lead, together with the bass guitar! I adore the explosive end!

Blood on Fire starts like a minimal wave track but blossoms and changes into a more classic post-punk track. The tempo is pretty high and I feel it could be used during parties, whilst the backings make it a dream to perform on stage as it gets like this also a catchy touch.

Give Me More Kohl has a cool floating retro pumped up post-punk sound filled with energy and a touch of The Cure on speed! The guitar sound is really succulent here too! The extra female vocals are also pretty cool and perfectly mixed!

On The Phone has a geste of Madness and is clearly single material for me! I adore the catchy sound, the speeded-up tempo and overall, the melodic sound! Yet another pearl on this album and yet no track to skip or displeasure!

The last track is called Marble Heroes and starts with a very loud bass and a soft drum followed by a guitar that revives the 80’s sound! The synth gives it a floating The Cure sound (genre Disintegration). The vocals sound really like sung by an English guy: sung with real feelings and a passion for the lyrics! Towards the end the song gets a real epic feel!

I already fell in love with their sound in the past and can only confirm my love. It feels like renewing your vows after 40 years of marriage and getting ready for another wild night with your bride and thus the wife of your life! I can say: I love Je T’aime in all honesty!