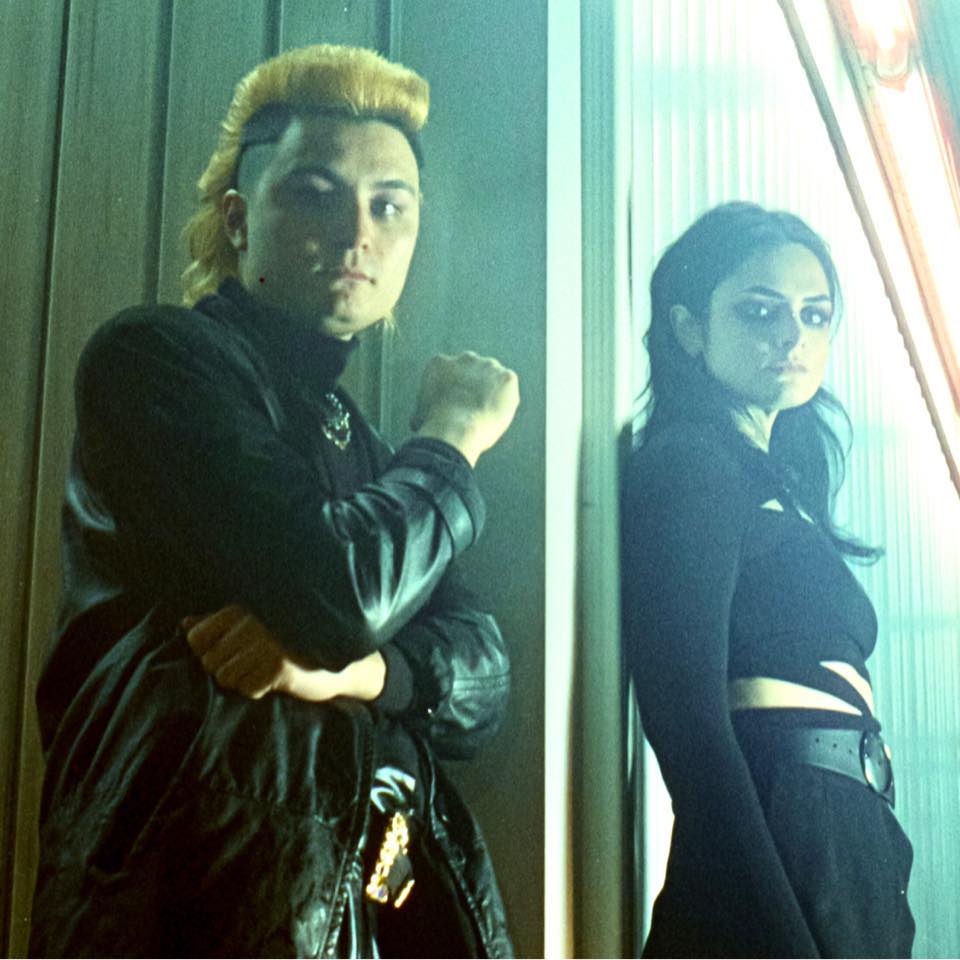 Directed by Masalah Baskin and starring Jamie Nanni, Vincent Segretario and Hannah Avalon, the new video captures the beauty and depth of one of WINGTIPS' best songs from their sophomore record, Cutting Room Floor.

Keyboardist and back-up vocalist Hannah Avalon says about the video, “Just before the pandemic, we began spending more time around Vincent's hometown in Southern Illinois. While Chicago will always be home to us, we have deep roots that run through this part of the state. As times became more trying, we decided a more permanent change of pace and being closer to nature, family, and old friends could be very beneficial. Simultaneously making touring more affordable during these difficult economic times.

The video for "Cross the Line" was locally shot, and, in a somewhat non-descript manner, captures a day in the life of someone on the brink who is forced to make a difficult life decision. Vincent and I represent two opposing emotional responses; one being that of vulnerability, and the other of stoicism. The song itself is a cautionary measure lyrically, and the action in the video is meant to mirror that content."

The duo released Cutting Room Floor worldwide on Artoffact Records last year in September. Listen to the album on Bandcamp!

WINGTIPS was formed in Chicago in 2014 by Vincent Segretario after informally using the moniker for a number of previous experimental solo performances. In 2016, the band released an EP entitled Greyarea and former live member Hannah Avalon became creative collaborator, contributing to the ethereal come-up of "Glass", and the ecstatic lullaby "Wading". The band continued to hone their live show and record demos in 2017.

In August 2018, WINGTIPS' new single, “Relativity,” -- their first public work in close to two years - was released. Highly trafficked web destination Post-Punk called the track "a soaring anthem stepped in mid to late 80’s nostalgia whose keyboard driven production is a cross between John Hughes soundtrack cuts from Thompson Twins or OMD, and guitar work reminiscent of The Cure’s Disintegration."

2019, and WINGTIPS announces a record deal with Toronto-based Artoffact Records, which has released two of the band's records to date, 2021's Cutting Room Floor and 2019's Exposure Therapy.

Of Cutting Room Floor album, Post-Punk.com states: "Wingtips’ sophomore album Cutting Room Floor is a love letter to the classic dark pop sound of the 80s, while highlighting songwriting that transcends nostalgia with shimmering melodies and heartfelt emotions that resonate throughout.”

A recent review in the Chicago Reader proclaims: "Vincent Segretario and Hannah Avalon have developed an aesthetic steeped in love for theater and the dreamy, dreary sounds of gothy 80s and 90s synth-pop bands, but on Cutting Room Floor they also embrace new directions and experiments—as well as some of their best songwriting yet."