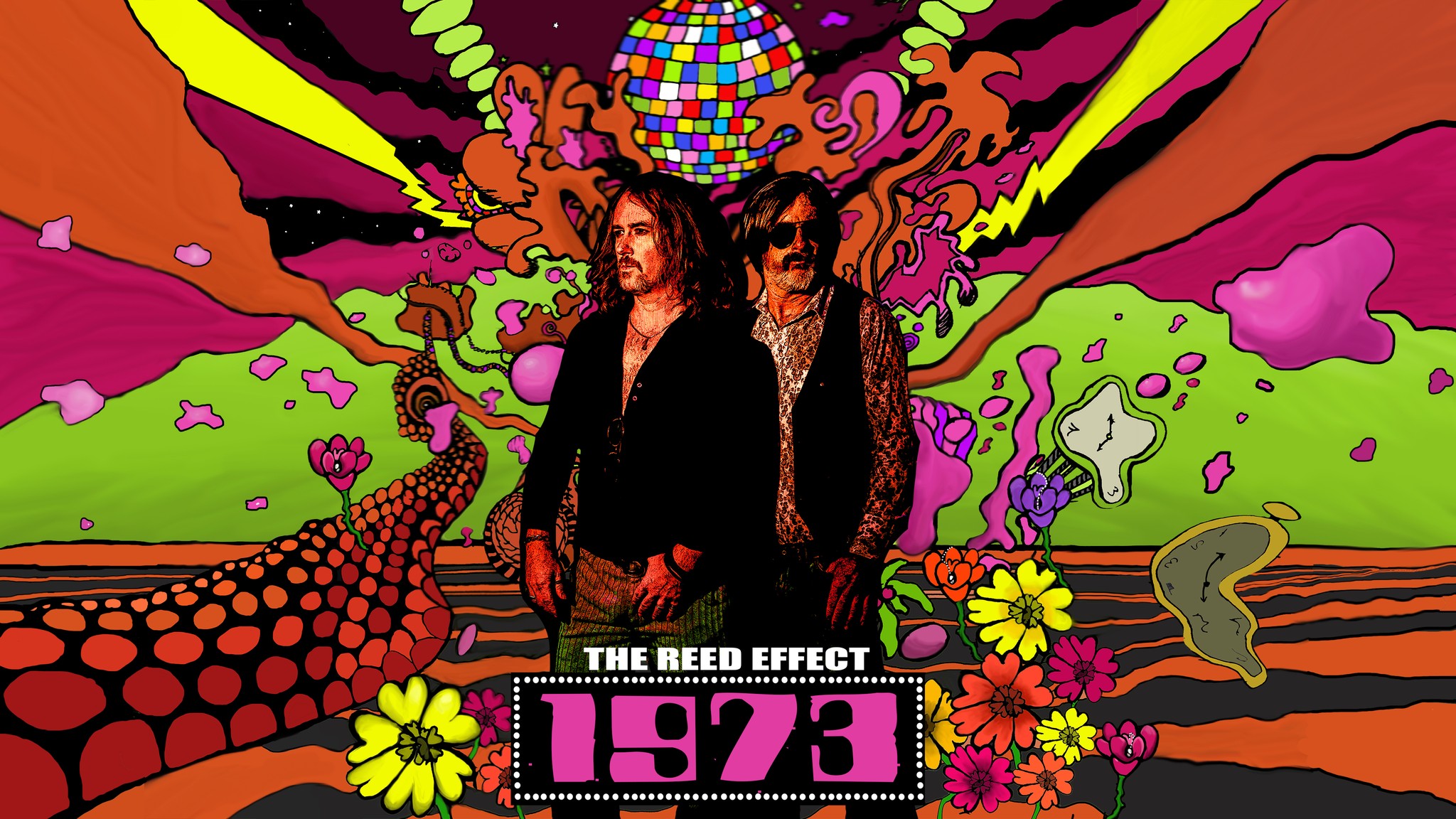 The Reed Effect release their video for "1973"

This is the last single/video Kirk (lead guitar vox), brother Chris was in. This sort of plays the final tribute to his brother who had taken his life. If Nirvana and The Doors had a love child, who was then raised in the desert by Frank Zappa, you’d likely end up with a band that sounds as oddly unique as The Reed Effect.

The story behind "1973" goes like this," It was during a rehearsal with Chris and Bryan. It started with Chris's bass line... And I improvised lyrics and one of the first that came out was, 'haven't had that since 1973' so we built the whole song around that...went through different incarnations lyrically ...Lots of trial and error. Thankfully our producer Ted is nit-picky which paid off! Kirk added, "My brother Chris Reed is actually in the video for "1973" as it was shot a couple of years ago. It will be Chris's final music video of this lifetime. So, needless to say, it's probably the most special video of my lifetime." - Kirk Reed

ABOUT THE REED EFFECT

Hailing from Toronto, and having spent the last several years proudly cutting their teeth in the best live music venues north of the border, The Reed Effect have been warping minds with their lyrics, shaking hips with their riffs, and assaulting all five senses with an onslaught of progressively addictive rock hooks that pull from grunge, metal, and blues. Having been tapped as support for bands like Jeff Martin of The Tea Party, The Wild, Die Mannequin, and Busty and the Bass, The Reed Effect have been leaving their unique brand of rock lingering in the air of venues across Canada since day one.

Founding member and frontman/guitarist Kirk Reed along with his brother Chris on bass and backup vocals are formidable. Their newest album, 1973, was released last year. The bar is set higher than ever, and the band has never been more proud of the heavy grooves they're about to unleash.

2020 has been a hard year for all of us, and The Reed Effect has definitely felt that pain. Chris Reed, bassist, vocalist, bandmate, friend, and brother tragically took his own life on October 10th, 2020, just as the new music was about to be released. Being very close, Chris's death hit Kirk hard. But Kirk feels it is important to let the world hear this music - not just as a tribute to Chris and his legacy, but as a celebration of their collaboration and brotherly love.

We Love and miss you, Chris. The music you and Kirk worked on is being heard.

"This song originated with Chris's rockin' bass line, then we took it from there. We fortunately were able to capture Chris's brilliance and creativity on this track as well as the others. From his stellar bass lines to the beautiful vocal harmonies (Which he did them all). His magic shines on this track.

I also want to thank Chris and my parents, David, and Carlynn Reed, for all their love and support. Also, to our friends and fans, and fellow musicians in the Toronto music scene, and to all the musicians I play, perform, and collaborate with. You keep me inspired."