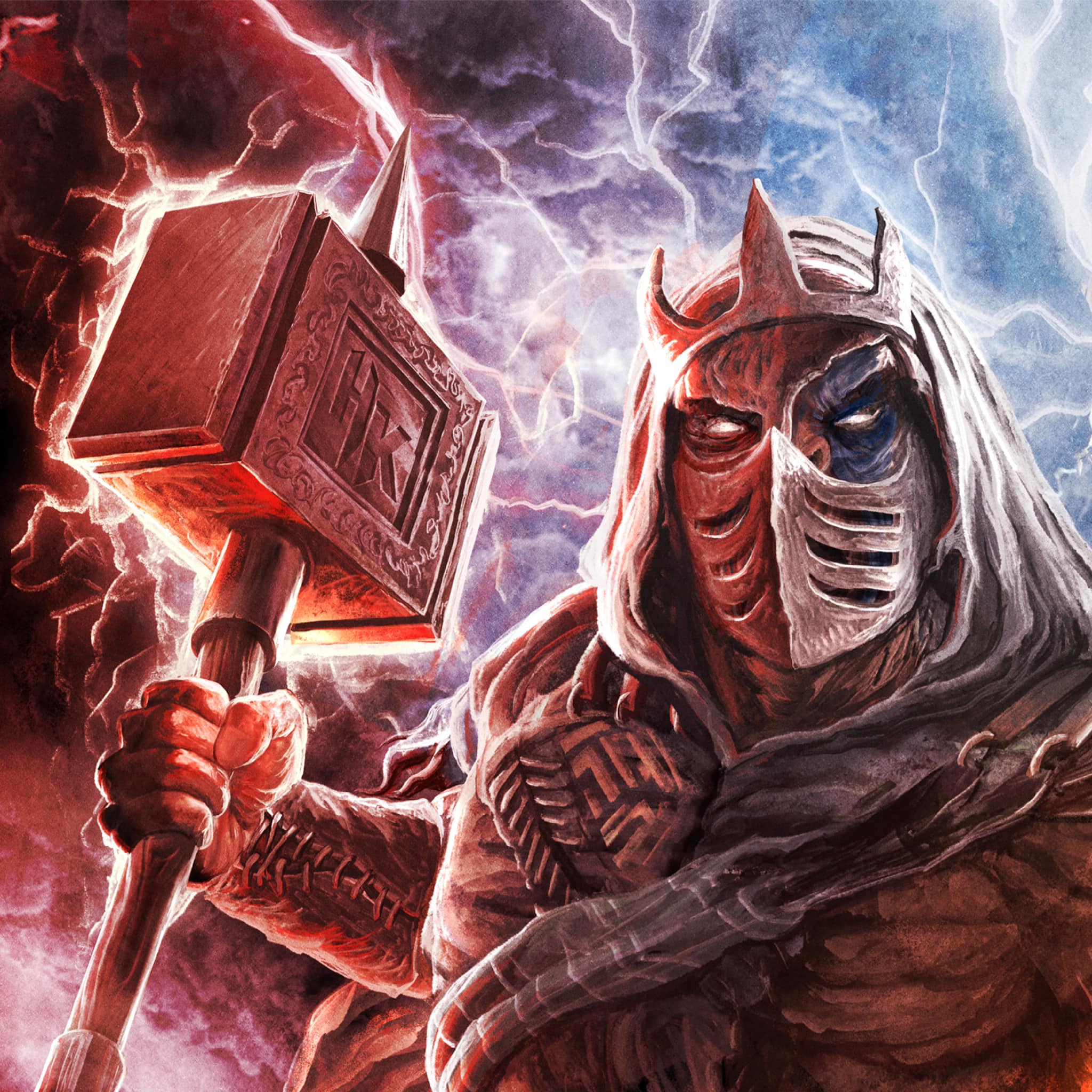 HAMMER KING on “King Of Kings”:
"Hammerous Folks! For ‘King Of Kings’, we gave our dear friend Ingo Spörl a carte blanche to create a final video for Hammer King. So this is the last chapter for this album - and we are about to begin a new chapter in the next weeks. Stay tuned! Royal gratitude to everyone of you for making Hammer King the success it was! God bless the King, may the King bless all of you."

HAMMER KING keeps it heavy with speedy riffs, energic grooves and fist-pumping choruses, devoting their existence to the one and only myth of the godly Hammer King! The new self-titled album starts off with blasting drums and brisk guitars on “Awaken the Thunder”, with frontman and guitarist Titan Fox V showing off his incredible vocal range, whereas tracks like “Atlantis” prove HAMMER KING’s ability to write catchy and memorable choruses. Hammer King tells the lore of the Hammer King himself, a wrathful and mighty war god, who is praised in tracks like anthemic “Baptized by the Hammer”, energetic and double-bass driven “In the Name of the Hammer” and the hard-hitting “Hammerschlag”. Kneel before the king of kings, the HAMMER KING!